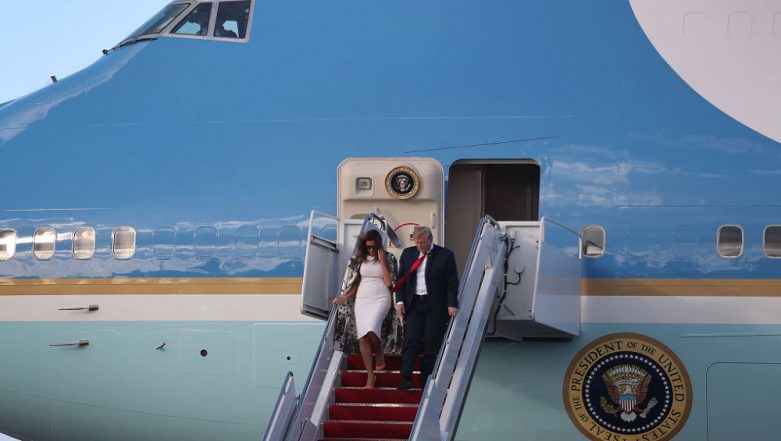 Washington, June 14: US President Donald Trump has unveiled a red, white and blue colour scheme for new Air Force One jets. Trump, who has expressed an intention to replace the traditional baby blue and white exterior with a fresh design, touted some designs during a TV inerview in the Oval Office on Thursday, reports Xinhua news agency.

"Here's your new Air Force One and I'm doing that for other presidents, not for me," Trump said. Donald Trump Mocked for leaving his Umbrella open at the door of Air Force One: Watch Video.

The redesign was part of a contract with Boeing to build a fleet of two new presidential jets, scheduled to arrive by 2024. The Air Force One is one of the most recognized symbols of the US presidency.

Comments
Tags:
Air Force One Boeing Donald Trump US president US President Donald Trump
Comments
You might also like