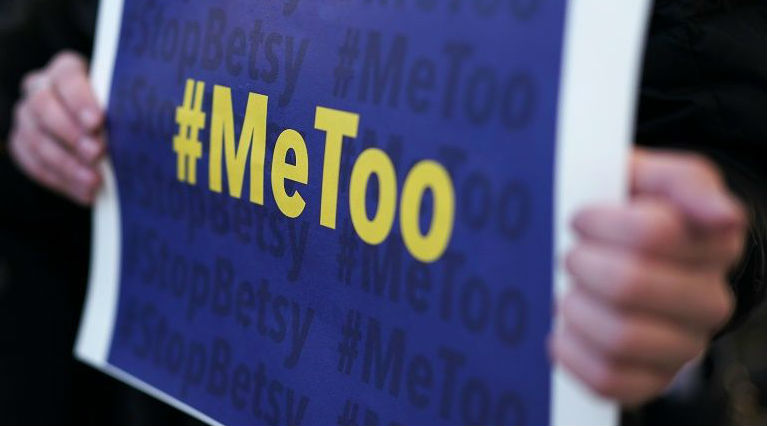 The verdict was "a reminder to predators everywhere to not think they can get away with hurting others," Khan said in a statement to AFP. Attorney Gloria Allred described it as one of the largest sexual harassment punitive damage awards in US legal history.

"In this 'Me Too' movement, women like Ms Khan are no longer willing to suffer in silence," she said. Khan's lawyers presented evidence that, two to three times per week, David would grab her by the neck and simulate oral sex. They also told jurors that David repeatedly groped Khan's private parts and on one occasion exposed her breasts.

David, who denies sexually harassing Khan, was not in court Monday.

Earlier in the trial, he was stripped of his ability to represent himself after a series of outbursts against Khan and her attorneys. He issued a statement to US media Monday in which he said the legal system is "broken" and "in a state of emergency," and accused the plaintiff and witnesses of lying.

David, 51, who was born in Nigeria and educated at British boarding school, has also faced a number of harassment cases in recent years. Monday's ruling follows separate payouts this year to two other women totalling over $14 million in sexual harassment cases against David, as well as a third case ending in a mistrial.

David has also been sued by major US television networks, and battled a rival hologram firm over the technology used to project deceased rapper Tupac Shakur on stage during the Coachella festival in 2012. In a 2017 interview with the Los Angeles Times, David said he deliberately cultivated a "villainous image" for himself to boost his brand and profile. #MeToo Movement: Mumbai Police Is Likely to File a Closure Report in the Rape Case Against Alok Nath.

At a hearing last week, David was ordered to pay Khan more than $8 million.

A Los Angeles Superior Court jury deliberated for around an hour before awarding Khan the maximum requested $50 million punitive damages Monday, bringing the total owed to $58.25 million. David is worth an estimated $2.6 billion.