Leonardo Verona’s MarketerZeta on a Mission To Make Its Mark Across Europe : Reports

After being on the brink of quitting when he was up to his eyeballs in debt, Leonardo Verona got his break and his life turned around. We hear all about how he found the strength to overcome his worst moment before achieving huge levels of success. 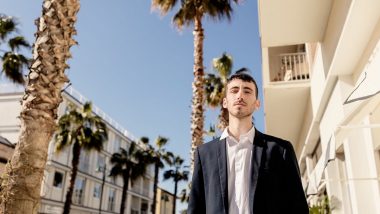 After being on the brink of quitting when he was up to his eyeballs in debt, Leonardo Verona got his break and his life turned around. We hear all about how he found the strength to overcome his worst moment before achieving huge levels of success.

Creative entrepreneur Leonardo Verona is no stranger to facing challenges.

The determined figure, who has worked in online marketing and sales, has a range of experience in the business world. But it is his unique characteristic of perseverance which is one of the most crucial tools in his armoury. Inspired by Elon Musk, Leonardo has always persevered – both in sports and in school. And it is his perseverance, rather than talent, which is the key to his exceptional results. The 21-year-old and his team are now driving the remarkable growth of his business MarketerZeta.

The company has the unique characteristic of offering free training to those who want to become a successful online entrepreneur. In today’s fast-paced world of business, there is no shortage of options as countless companies promise to deliver the best results. But a range of attributes separate MarketerZeta from the competition. It trains and offers education about business online for free because it will work with individuals just ‘like shareholders’, so the firm truly is interested in people’s results. The company strongly believes that ‘your results are our results’ and it does not need to sell you ‘how to do things’ as it teaches you for free. This is a truly unique and rare characteristic in an industry which often puts profits before people, rather than the other way round as MarketerZeta is doing.

A total of 90% of MarketerZeta’s business is in Italy, but the company’s aim is to cover up all of Europe within two years – especially in the UK, where it is established in Manchester, Wolverhampton and London. MarketerZeta, as a network marketing team, has enjoyed one of the craziest periods of growth ever seen in network marketing. It went from $20,000 a month to almost $300,000 a month in less than nine months. However, despite achieving exceptional levels of success, Leonardo has had to persevere during the difficult times to get there.

A turning point in his life came at the beginning of 2019 when he was broke. Leonardo had a lot of debt and was two months behind in paying his bills and rent. His business was literally a disaster and he was frustrated because he could not understand why. He thought for a lot of time about whether to sell his grandma’s gold watch to fix the debt, allow him to breathe a little and maybe make some intelligent investments – but he never did it. Leonardo opted against taking that drastic measure as he was always thinking: “Wait Leo, I’m sure next month everything will work out.”

And after an inspirational Tony Robbins event in June 2019, which changed his life, it really happened. The watch is now his symbol of always having perseverance in his life and a reminder of the strength he had during his worst moment. Now with his MarketerZeta events he boasts thousands of attendees. You can see it here: https://www.marketerzeta.com/zetahome

Leonardo has endured the tough times and never forgets them. But the happy times are equally as important to remember to remind him of how far he has come and the joy he has received because of his hard work and determination. The happiest day of his life was after MarketerZeta boomed in Italy in May 2020 and he started earning a crazy amount respect compared to what he was used to.

He brought his mum to one of the best restaurants in Forte dei Marmi for dinner – it was a day he felt really blessed and one which will always stick with him.