Lion Air flight JT-610 Crash: All 189 On board Feared Dead as Divers Bring up Remains of Passengers 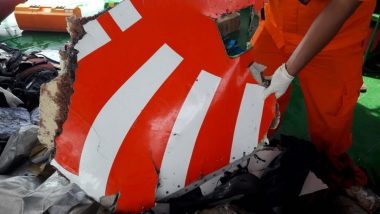 After retrieving six bodies from the Java sea where Indonesian low-cost carrier Lion Air's plane crashed near Jakarta on Monday, local search and rescue officials say they fear there are no survivors.

The plane lost contact 13 minutes after takeoff from Jakarta at around 6.20am local time, a spokesman for Indonesia's search and rescue agency Basarnas said. It was bound for Pangkal Pinang on the Indonesian island of Bangka.

"My prediction is that no one survived because we only managed to retrieve body parts. It has been a few hours since the crash so it is possible all 189 people were killed," Bambang Suryo Aji, director of operations for Basarnas, said in a news conference.

There were 189 people on board Lion Air’s flight JT-610, including six crew members and two pilots. Two infants and a child were among the passengers. The Indonesian finance ministry said about 20 of its employees were also on the plane.

Aji said that rescue workers had found debris appearing to be the plane's tail. The main wreckage had still not been located.

Search and rescue teams were working against high waves and strong currents, in an area spanning 150 nautical miles, added Aji. Underwater robots were being used to aid the search effort.

Preliminary flight tracking data from Flightradar24 shows the aircraft climbed to around 5,000ft before losing, and then regaining height before finally falling towards the sea.

It was last recorded at 3,650ft and its speed had risen to 345 knots, according to raw data captured by the respected tracking website, which could not immediately be confirmed.

Its last recorded position was about 15km north of the Indonesian coastline, according to a Google Maps reference of the last coordinates reported by Flightradar24.

Debris, life vests and a cellphone have been discovered in the water two nautical miles from the coordinates given as the crash site, rescue officials said. Bodies of 24 passengers had been located and brought out of the sea according to an update on the Lion Air website.

Boats, a helicopter and 250 rescuers, including divers, were working at the crash site, some 34 nautical miles northeast of the coast in the Java Sea. The frogmen are searching in water up to 114 feet deep.

Authorities said they are still trying to locate the emergency locator transmitter, which is currently not transmitting.

Lion Air has flown 90 family members of passengers on board flight JT-160 from Pangkal Pinang to Jakarta, the airline said in a statement. Another 76 family members were also being flown out.

(The above story first appeared on LatestLY on Oct 30, 2018 04:30 AM IST. For more news and updates on politics, world, sports, entertainment and lifestyle, log on to our website latestly.com).