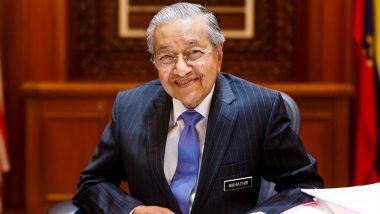 Kuala Lumpur, October 29:  Former Malaysian Prime Minister Mahathir Mohamad stoked controversy on Thursday with a series of tweets justifying terror attacks in France.  Mahathir Mohamad said that Muslims have the right to kill millions of French people for the massacres of the past. The tweet was later taken down by Twitter. Netizens criticised the former Malaysian PM’s statement for calling violence. France: Man Shot Dead by Police in Avignon After He Attacked Cops With Knife.

His series of tweets started with the word “RESPECT”. Citing the incident of French teacher showing a caricature of the Islamic Prophet to his students, Mahathir said that French people should respect others culture. He said, “A teacher in France had his throat slit by an 18-year-old Chechen boy. The killer was angered by the teacher showing a caricature of Prophet Muhammad. The teacher intended to demonstrate freedom of expression.” France 'Terror' Attack: 3 Dead As Woman Beheaded In Knife Attack Near Notre Dame Basilica in Nice. 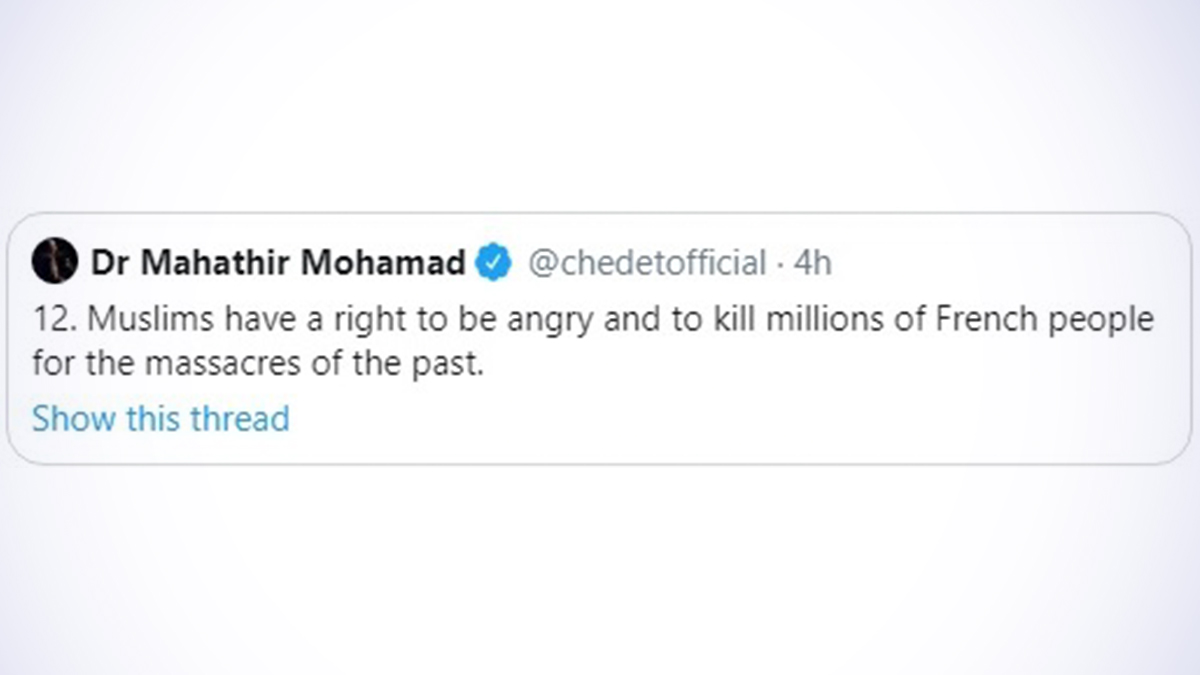 Former PM of Malaysia calling for slaughter of million of civilians in #France. Why and how is this allowed on @twitter? #FranceAttack https://t.co/Po0rXcCaEM

Disgusting. No one has that right. No one. You alienate & estrange the whole Muslim community from the modern world by making such venomous & disgusting pronouncements Mr former PM of Malaysia. Your religion needs reform. PERIOD. #FranceTerrorAttack #francewelldone https://t.co/oS8qUiS6rq

PM of Malaysia until March this year https://t.co/tppcAejrSH

On Thursday, two back to back terror attacks took place in France. In the morning three people were killed in a knife attack at Notre-Dame basilica. The first attack took place 9 am local time when the morning mass had just started. The accused was arrested. One of the deceased was beheaded. The second attack took place a man attacked French police on Avignon city. He was later shot dead by cops.

(The above story first appeared on LatestLY on Oct 30, 2020 07:48 AM IST. For more news and updates on politics, world, sports, entertainment and lifestyle, log on to our website latestly.com).