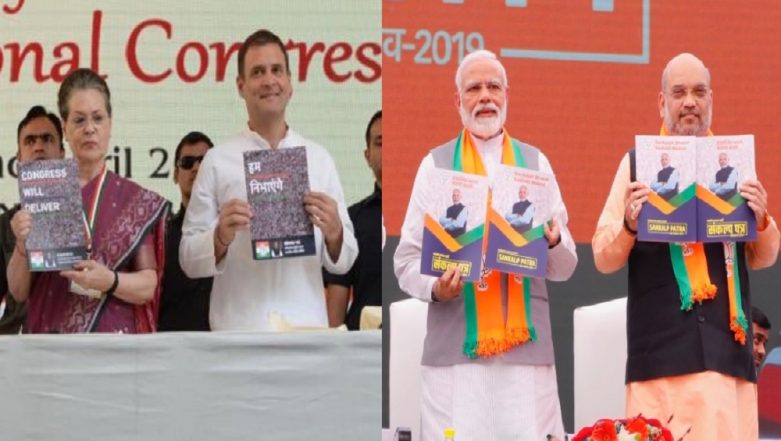 Mumbai, April 9: Now that the Bharatiya Janata Party has released its manifesto, let’s look at what the ruling party has proposed versus the Congress in the areas of national security and foreign policy. Read: BJP Manisfesto For Lok Sabha Elections 2019 Released: Sankalp Patra Unveiled by PM Narendra Modi, Rajnath Singh and Amit Shah

Both parties have put down a long list of promises and many of these promises are not new. Only the results of the Lok Sabha elections 2019 will tell in which direction India’s national security and foreign policy will now move.