Smacking Kids In Scotland Can Land You in Jail! Country Becomes First in UK to Pass Law Against Physical Abuse on Children

Scotland has become the first part of the United Kingdom to ban the smacking of children. According to the new law, it is a criminal offence for parents to smack their children. 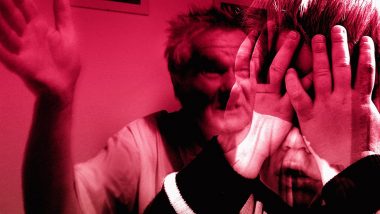 Scotland has become the first part of the United Kingdom to ban the smacking of children. According to the new law, it is a criminal offence for parents to smack their children. The ban was passed on Thursday evening with 84 votes against 29 by the Scottish Parliament. This came despite a YouGov poll in which 1,546 adults from across the UK suggesting 57 per cent were against the move. Once the law is implemented, Scottish children have the same protection from assaults as adults. Currently, parents and carers are allowed to use "reasonable" physical force to discipline their children in Scotland. Can Hitting Your Children's Stuffed Toys Convince Them to Eat? Viral Video of This Dad Shows The Correct Way.

Scottish Greens MSP John Finnie, a former police officer, who won the support of the Scottish National Party (SNP), Labour and Lib Dems introduced the smacking ban bill. Finnie said smacking teaches children that "might is right", and that the ban would "send a strong message that violence is never acceptable in any setting". The law aims to remove the defence of "justifiable assault" in Scots law.

Finne said that there is an urgent need to bring Scotland into line with United Nations recommendations. Already 57 other countries have prohibited physical punishment of children. Finne said, "I am absolutely delighted that the Scottish Parliament has taken this historic and courageous step. Physical punishment has no place in 21st century Scotland. The international evidence tells us that it can have serious impacts on children, and that it is not effective." Too Much Toothpaste Could Be Dangerous For Children Says CDC; What Are The Side Effects?

Referring to the critics of the Bill Finne said, "There is no evidence that a change to the law results in increased prosecutions in any of the more than 50 countries where some of the reforms have taken place. In fact, this change in the law in Ireland prompted more parents to contact services to ask for help and support with alternative disciplining techniques."

Children's campaigners praised the bill's passage in the Parliament and called it "a momentous day for children's rights". Joanna Barrett, of NSPCC Scotland, said, "It’s a common-sense move that closes an archaic loophole and ensures that, finally, children in Scotland will have the same protection from assault as adults."

(The above story first appeared on LatestLY on Oct 04, 2019 12:03 PM IST. For more news and updates on politics, world, sports, entertainment and lifestyle, log on to our website latestly.com).