South Korea plans to impose a 20 percent income tax on capital gains from cryptocurrency transactions starting next year as planned, the government announced on Friday, despite growing investor calls for delaying the taxation plan. 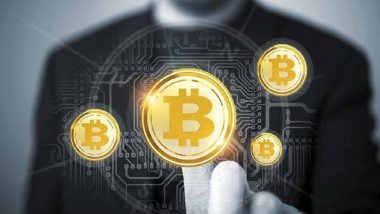 Seoul, May 28: South Korea plans to impose a 20 percent income tax on capital gains from cryptocurrency transactions starting next year as planned, the government announced on Friday, despite growing investor calls for delaying the taxation plan.

The government announced the plan after discussing the matter during a vice-ministerial interagency meeting chaired by Koo Yoon-cheol, head of the government policy coordination under the Prime Minister's Office. 'Cryptocurrency Is Promising, but Please Invest With Caution!' Elon Musk’s Tweet on Dogecoin Obsession Goes Viral

Gains from cryptocurrency transactions will be classified as "miscellaneous income" and will be subject to a 20 percent tax starting next year. Virtual asset gains must be reported when filing for general income taxes in May 2023, reports Yonhap news agency.

The Financial Service Commission (FSC), the nation's financial regulator, was also designated as the top government office tasked with overseeing and regulating the virtual asset market. The science ministry was chosen to handle the promotion and growth of the related blockchain industry.

Authorities also decided to extend the government's special campaign period for monitoring and clamping down on illegal activities in the virtual asset market until September.

Last month, Finance Minister Hong Nam-ki said the government will press ahead with taxation on transactions of cryptocurrency, which financial authorities categorise as "virtual assets," not virtual currencies.

The government also reiterated its stance that "virtual assets cannot be recognised as (real) currency or financial products" and that "no one can ensure" the currently-traded market value of virtual assets.

According to FSC, the number of domestic cryptocurrency trading companies stood at around 60 as of May 20.

Of those, 20 companies have received Information Security Management System certifications to prove their information protection systems are secure. Four firms were found to have adopted systems using real-name withdrawal accounts.

(The above story first appeared on LatestLY on May 28, 2021 06:06 PM IST. For more news and updates on politics, world, sports, entertainment and lifestyle, log on to our website latestly.com).