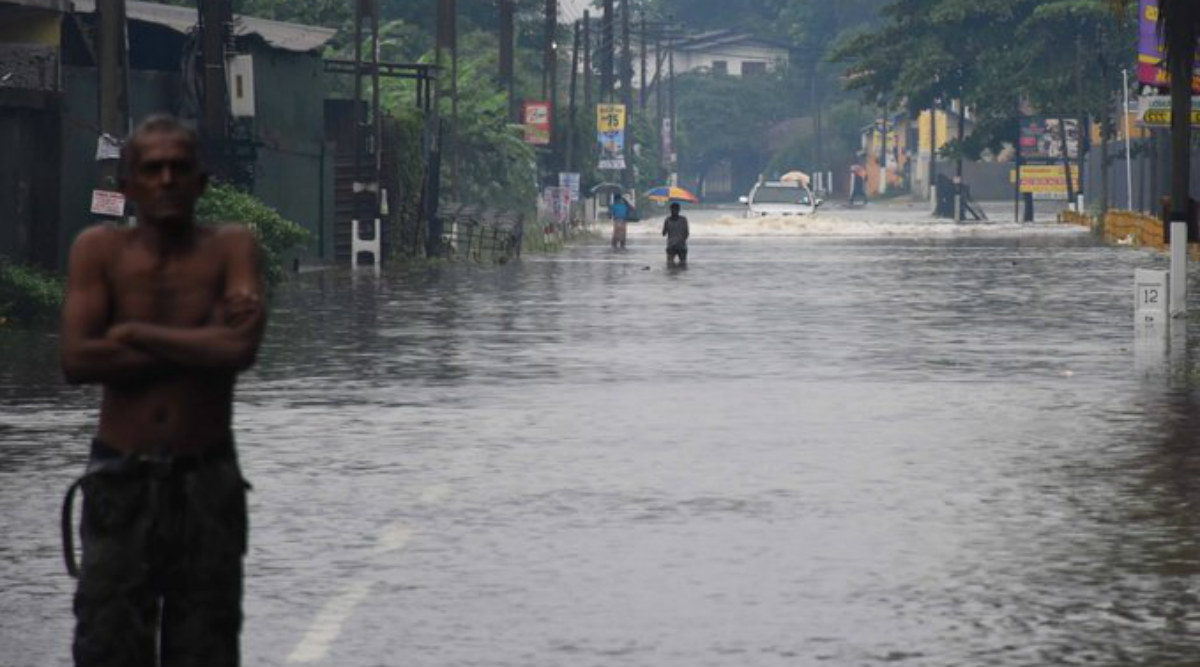 Colombo, December 23: Two people were killed and over 65,000 affected by days of heavy rains and strong winds across Sri Lanka, the Disaster Management Centre said in a statement on Monday.

Over 17,000 people were evacuated to safer shelters while over 1,500 houses were partially or fully damaged in over 13 districts, Xinhua news agency reported.

President Gotabaya Rajapaksa on Monday visited Polonnaruwa and Anuradhapura in North Central Province which was one of the worst affected by floods and landslides.

The President inspected relief measures provided to those displaced, reviewed the welfare program and instructed the relevant authorities to continue providing assistance to the affected communities.

The armed forces have been deployed in several districts across the country to provide immediate aids and take part in search and rescue mission, the Defence Ministry said.

The Navy deployed 25 rescue teams who were patrolling the flood affected areas in dinghies to aid flood victims.

The Meteorology Department warned of further rains in Sri Lanka in the coming days with heavy showers to be expected in North Central Province as well as the eastern and southern districts.

Fairly heavy falls of about 50 to 75 mm are likely at some places in Sabaragamuwa, Central and Western provinces.