Use G20 Summit to Coordinate Global Response to COVID-19: Senators to Donald Trump 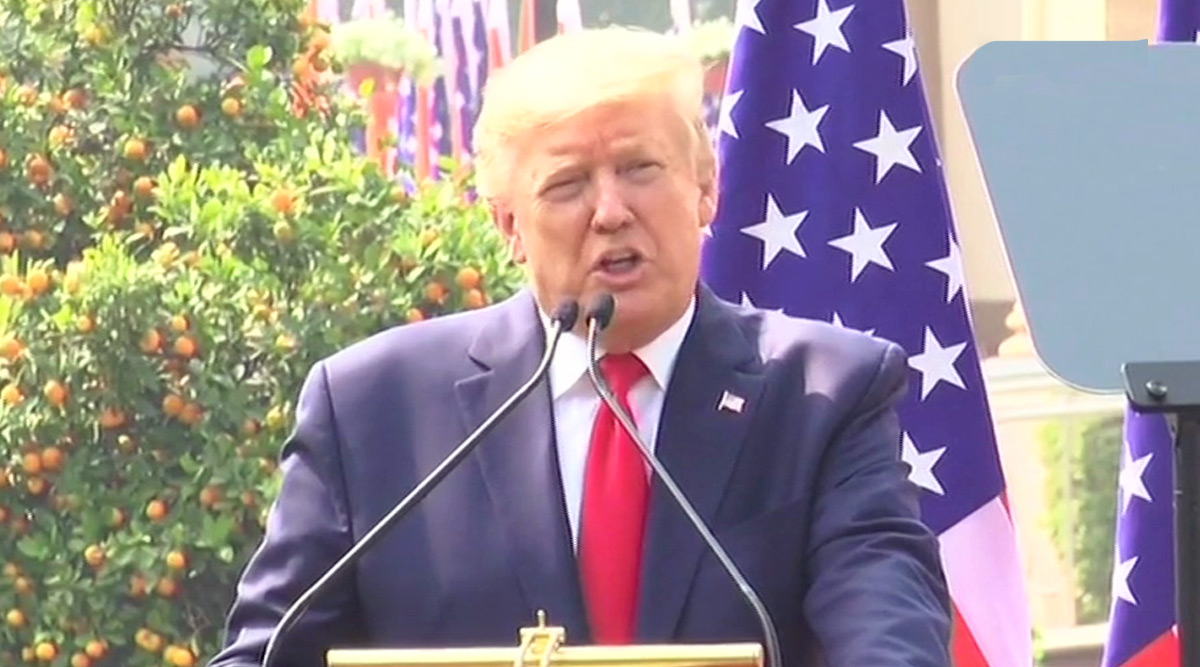 Washington, March 26: Several US lawmakers have asked President Donald Trump to use his influence to coordinate a powerful international response to coronavirus pandemic while attending the emergency virtual G20 summit on Thursday. Saudi Arabia's King Salman will chair the virtual summit of G20 leaders, including Prime Minister Narendra Modi, on Thursday to advance the coordinated response to the novel coronavirus pandemic that has claimed over 21,290 lives and upended life and businesses across the globe.

Saudi Arabia, which currently holds the G20 presidency, last week called for the "virtual summit" following criticism that the powerful group of major economies had been slow to address the global crisis. In a letter, the Senators asked Trump to work with the world leaders at the emergency meeting to implement an international response to the COVID-19 pandemic. Donald Trump Calls On PM Narendra Modi Ahead of G20 Summit 2019, Says 'India Must Withdraw Increased Tariffs'.

Senators Bob Menendez, Ranking Member of the Senate Foreign Relations Committee, Patrick Leahy Vice Chairman of the Senate Appropriations Subcommittee on State, Foreign Operations, and Related Programs asked Trump to ensure that the US and its partners provide robust political and financial support to the global health and finance institutions working to end the crisis.

"This pandemic is not a challenge that we can face alone; we must work through every multilateral institution in which we participate," wrote the Senators, citing previous coordination efforts following the September 11, 2001 attacks and the 2008 financial crisis.

"We must unite to combat this virus and the lasting impacts it will have on our citizens' health and economic well-being. We must put aside political differences. Now is the time for action," they said. The letter called for Trump to secure commitments from the G20 leaders to fully resource the World Health Organization and GAVI, the Global Alliance for Vaccines and Immunizations, to confront the global health crisis; and the World Bank, the International Monetary Fund, and the multilateral development banks to avert a worldwide financial crisis.

They also called for the G20 to model its response on the 2008 financial crisis.

At a White House news conference, Trump told reporters that he was looking forward to the video conference with G20 leaders. "It will be an interesting call," he said.

Leaders from G20 nations will be joined by representatives from the coronavirus-affected countries like Italy, Spain, Jordan, Singapore, and Switzerland. Several top international organisations such as the UN, the World Bank, the WHO, the World Trade Organisation, the IMF and the Organization for Economic Cooperation and Development (OECD) will also participate in the summit titled 'G20 Extraordinary Virtual Leaders' Summit on COVID-19'.

India is a member nation of the G20 group. The other members include Argentina, Australia, Brazil, Canada, China, Germany, France, Indonesia, Italy, Japan, Mexico, the Russian Federation, Saudi Arabia, South Africa, South Korea, Turkey, the UK and the US. Prime Minister Modi will participate in the virtual summit, sources said on Wednesday.

Russian President Vladimir Putin will also attend the summit. The announcement of the summit comes as fears grow that the world economy will plunge into recession due to the coronavirus crisis.

Globally, the death toll from the coronavirus has risen to 21,293 with more than 471,518 cases reported in over 170 countries and territories, according to data from Johns Hopkins University. In an attempt to stem the spread of coronavirus in India, Prime Minister Modi on Tuesday announced a nationwide lockdown for three weeks.