Digital economy in India must offer choice to the consumers, sustain competition in the marketplace and foster innovation, according to global and Indian experts who spoke at a webinar to launch the Initiative on Choice, Competition and Innovation (ICCI) under the aegis of Centre for The Digital Future (CDF). 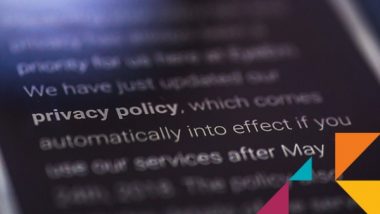 CDF is an autonomous entity under the India Development Foundation (IDF)

New Delhi [India], July 31 (ANI): Digital economy in India must offer choice to the consumers, sustain competition in the marketplace and foster innovation, according to global and Indian experts who spoke at a webinar to launch the Initiative on Choice, Competition and Innovation (ICCI) under the aegis of Centre for The Digital Future (CDF).

"It's reasonable to have a first pass at targeting the largest firms and focusing on specific problems," said Prof Jaques Cremer of Toulouse School of Economics.

Taking cognizance of the changing paradigm brought about digital innovations, he said many other regulations and laws also affect the digital sector. Hence, thoughtful implementation is the key.

Drawing upon research on evolution of innovation ecosystems nurtured by corporates, Prof Ashish Arora of Duke University urged Indian policymakers to create conducive conditions for creating an innovation culture such that investment in technology pay off more than other type of investments.

Derek Ritzmann, Director at Economics Partners, said most attributes of digital platforms like network effects and gatekeeping are not entirely novel concepts or phenomena. He added that economies of scale could be both positive or negative, depending on a specific context.

Gregor Langus, Director at E.CA Economics, underscored the importance of investment in standardisation as a competitive advantage, as seen in Europe's success in mobile telephony technology and equipment.

He added that while adopting 'me-too' measures is easy, the enforcement varies a lot across jurisdictions.

Payal Malik, Advisor at Competition Commission of India (CCI), said the competion law is robust and flexible to deal with the challenges of digital economy.

"Ambiguity has to be internalised in the assessment of conduct, and any antitrust policy which focuses on market activity should be backed by a clear economic analysis of the likely effects."

R Chandrashekhar, Chairperson of CDF and former Secretary, Telecom & IT and President of NASSCOM, had chaired the discussion during inaugural session held on July 29.

CDF's ICCI is meant to serve as a platform to encourage thought processes aimed at enhancing discussions around the subjects of choice for consumer and user benefits, competition within and across sectors, and innovation as seen by entry of new products, services and players across the digital economy and linking high-value outputs with pragmatic implementation of solutions to challenges.