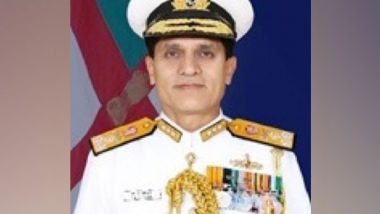 Ghormade has also served as the chief of staff of the Eastern Naval Command.

Ghormade was awarded the Ati Vishisht Seva Medal on January 26, 2017, and Nau Sena Medal in 2007 by the President of India and Commendation by Chief of Naval Staff in 2000. (ANI)