Though he himself has not given any official confirmation about this, it is assumed that Shah Rukh Khan's next movie after Zero would be the Rakesh Sharma biopic Salute. 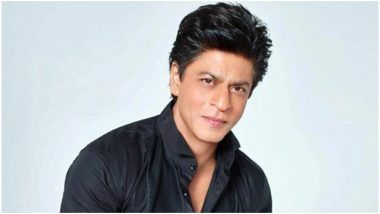 Though he himself has not given any official confirmation about this, it is assumed that Shah Rukh Khan's next movie after Zero would be the Rakesh Sharma biopic Salute. The superstar is believed to have given his nod to the makers, after Aamir Khan had passed on the offer, though it was he convinced SRK to take on the role. Once the official confirmation is out, Salute would be Shah Rukh Khan's first biopic of his three decade long movie career.

As per a report in DNA After Hrs, Shah Rukh Khan will complete his work on Zero by April end, and will start prepping up for the biopic from May itself. However, he has given the dates for the movie September. He will use this gap to make sure to do his own research on India's first man to walk in space with his team. A source close to the project told the publication, “SRK will wrap Zero by April end, after which he will be busy for the next three months prepping up for his character in Salute. He will be doing his own research with his team and studying the nuances to play the astronaut. That’s why he’s taken a three-month break in between to devote himself fully to the biopic.”

Earlier when Aamir Khan was pencilled to play the lead in the movie, Priyanka Chopra was believed to be in talks to play the heroine. However, after Aamir's exit, Priyanka has also given the movie a miss. So the female lead is yet to be finalised.

As of now Zero is Shah Rukh Khan's topmost priority. He is playing a vertically challenged man in his upcoming production, that is directed by Aanand L Rai. Katrina Kaif and Anushka Sharma will play the female leads in the movie that is scheduled to release on December 21.

(The above story first appeared on LatestLY on Mar 12, 2018 03:16 PM IST. For more news and updates on politics, world, sports, entertainment and lifestyle, log on to our website latestly.com).