Good news is that Irrfan Khan was back in town. The bad news is there's still no confirmation about Hindi Medium sequel. 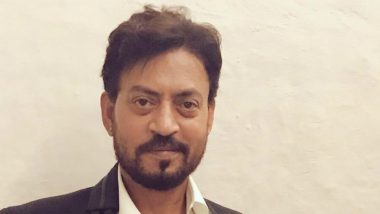 Irrfan Khan's 2017 release, Hindi Medium was one of the most successful projects of that year. The film was a sarcastic take on the Indian education system and its sequel is in the pipeline for the longest time now. After the actor was diagnosed with a neuroendocrine tumour in 2018, he flew to London for his treatment and his recuperating currently. Recently there were reports if the Blackmail is back in town and will start working on his next - a sequel to Hindi Medium. However, there's no truth behind these rumours. Producer Dinesh Vijan in his recent interaction with Bollywood Hungama revealed there's no truth behind Irrfan starting to work on the sequel anytime soon. Kareena Kapoor Khan to Sign Hindi Medium 2 Opposite Irrfan Khan?

When the producer was asked about the development of the sequel, he said, "Right now, everything is speculation. Irrfan had just come back to town. It’s the script that is ready. Hopefully, in another one month, we’ll have clarity.” While we heard stories of Radhika Apte and Radhika Madan coming on board for this sequel, seems like these are simply some far-fetched news and the revelation will be made by makers in the next couple of months. Sara Ali Khan Drops Out of Nitin Kakkar’s Father-Daughter Film With Saif for Hindi Medium Sequel?

Meanwhile, a friend of the actor insists that Irrfan won't start working until next year. In his interaction with the same portal he revealed, "Irrfan is recuperating slowly and won't be returning to acting for a while now." He further added that there's no chance of sequel happening anytime soon as the actor is not allowed to work for a year or so. Well, we wish him a speedy recovery and hope he starts shining on the silver screen very soon.

(The above story first appeared on LatestLY on Feb 20, 2019 08:23 AM IST. For more news and updates on politics, world, sports, entertainment and lifestyle, log on to our website latestly.com).