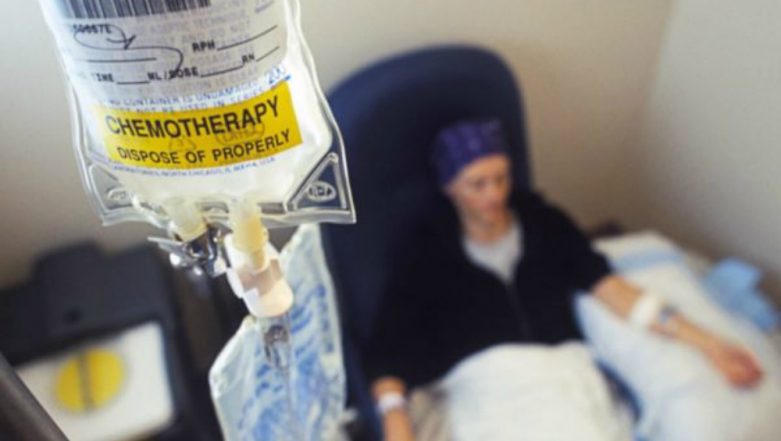 Mumbai, April 7: The government of Maharashtra announced that cancer patients would be provided free chemotherapy treatment at district hospitals with the first phase of the plan starting in June, officials said. The plan will start with hospitals in Nagpur, Gadchiroli, Pune, Amravati, Jalgaon, Nashik, Wardha, Satara, Bhandara and Akola, an official release said.

Officials said that the move was to alleviate travelling and lodging problems of cancer patients who have to come to Mumbai's Tata Memorial Hospital in Parel, one of the country's premier cancer treatment facilities, for a six week chemotherapy course as part of treatment. It said that a physician and nurse from each of these district hospitals would be imparted training for three weeks from May by the Medical Oncology department of Tata Memorial.

State Health Minister Deepak Sawant said the initiative would help patients save in lodging and travelling expenses. He said that a list of medicines required to start chemotherapy units at these district hospitals had already been obtained from Tata Memorial Hospital. According to the National Cancer Registry Programme, 11 lakh people are diagnosed with cancer every year across the country. Five lakh cancer-afflicted people die annually and the total number of cancer patients stood at around 28 lakh, the release said.