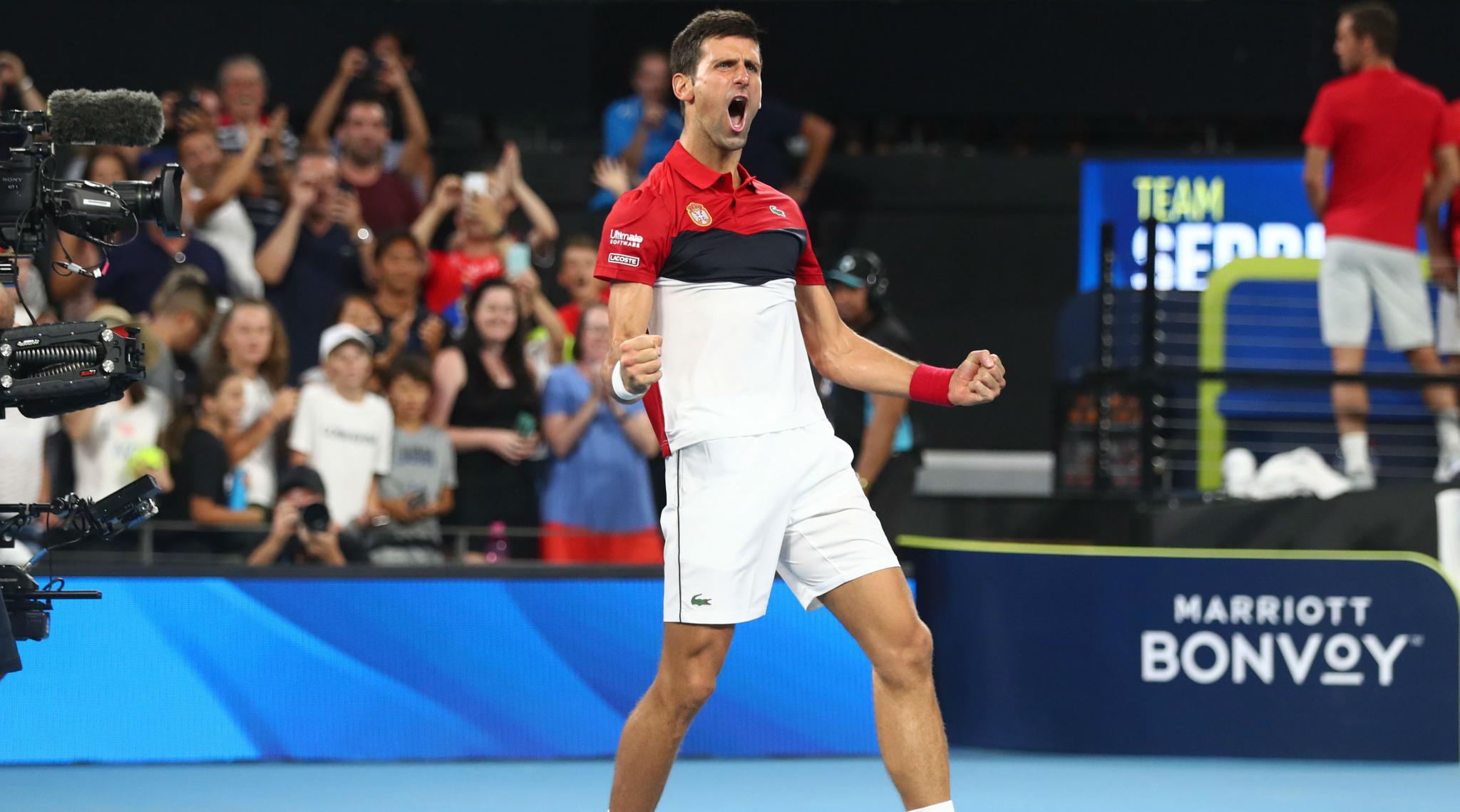 Sydney, January 11:  Novak Djokovic took Serbia into the finals of the ongoing ATP Cup after dismissing World No. 5 Daniil Medvedev 6-1, 5-7, 6-4 on Saturday.

With the win, the Serbian ended a two-match losing streak against the 23-year-old Russian, who had beaten Djokovic twice in three games in 2019 (Monte-Carlo, Cincinnati). Novak Djokovic Beats Kevin Anderson to Give Serbia Opening ATP Cup Win in Brisbane.

In an exciting match by all standards, Djokovic raced through the opening set, winning 64 per cent (7/11) of his first-serve return points against Medvedev. However, the 2019 US Open finalist rebounded in the second, breaking Djokovic three times, including in the 12th game, to force a deciding set.

Medvedev started the third round strong until the fifth game when, with both players at net, Djokovic ripped away and won the set and the match to take Serbia into the finals.

"Exciting, exhausting, joyful, dreadful all at once. At one point, we both refused to miss from baseline, so it was a lot of rallies and it was very exhausting. Very physical battle, but also mental battle," Djokovic was quoted as saying by the tournament website after the match.

"He showed why he's one of the best players in the world, why he's Top 5. This kind of consistency and this kind of solid game from back of the court, big serves got him to where he is. He deserves to be there.

"Definitely one of the most exciting matches I have played against him or any other top player last few years," he added. Earlier, Dusan Lajovic defeated Karen Khachanov 7-5, 7-6(1) to put Serbia 1-0 ahead in the semi-final tie.