Leonardo DiCaprio: I’ve Looked for a Film With Environmental Undertones

Leonardo DiCaprio, who is gearing up for the release of his upcoming film Don't Look Up, says he often in his career looked for a film that had an environmental undertone to it. 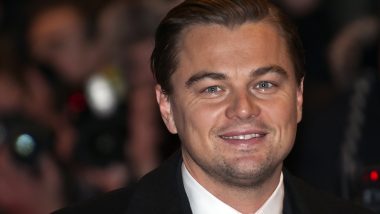 He added: "It was a once in a lifetime opportunity in a lot of ways. I'm a huge fan of a lot of these films that came from the '60s and '70s - 'The Parallax View', 'Three Days of the Condor', certainly 'Network' and, of course, 'Dr Strangelove', which talked about the Cold War through dark comedy." Don’t Look Up Review: Leonardo DiCaprio, Jennifer Lawrence, Meryl Streep’s Film Is an ‘Unmissable Dark Comedy’, Say Critics.

DiCaprio and co-star Jennifer Lawrence both consulted Dr Amy Mainzer, an astronomer and climate change scientist who served as an advisor to the cast and crew remotely. DiCaprio credits Dr Mainzer with helping him for his role. He said: "I must've had 100 conversations with her. I've spoken to many climate scientists, but our discussions were taken from the viewpoint of an astronomer. It was amazing to see the parallels in their thinking." Don't Look Up is releasing on December 24 on Netflix.

(The above story first appeared on LatestLY on Dec 22, 2021 04:55 PM IST. For more news and updates on politics, world, sports, entertainment and lifestyle, log on to our website latestly.com).