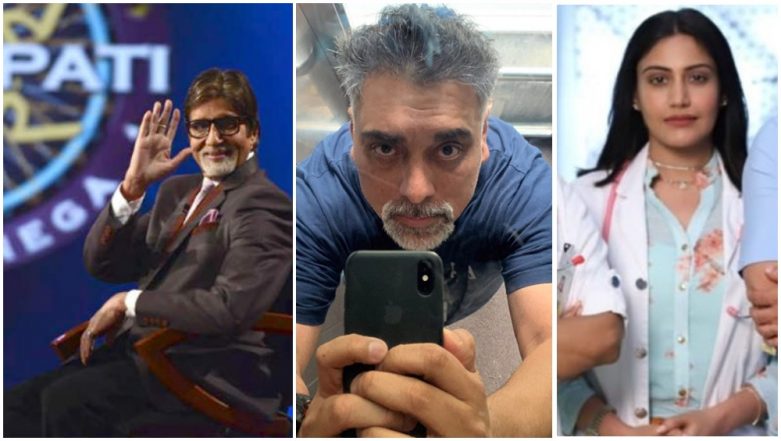 Yet another Sunday is here and it's time that we see what are the top 5 news of this (July 8 - July 14) week. I am sure a lot has been happening in the telly land, but let's take a look at 5 things that you can’t afford to have missed this week. Telly industry witnessed a lot of high-voltage drama this week. Take a look! From Ram Kapoor's impressive body transformation, Yeh Hai Mohabbatein fame Sangram Singh welcoming a baby girl, Surbhi Chandna and Namit Khanna’s Sanjivani 2 teaser being out to Amitabh Bachchan's Kaun Banega Crorepati 11 promo release, here is a round-up of TV newsmakers!

Sanjivani 2: Surbhi Chandna and Namit Khanna’s Medical Drama Will Premiere on THIS Date

The much-awaited teaser of the second season of popular medical drama, Sanjivani, was dropped online on July 12 and it took us on a pleasant and nostalgic ride. While Mohnish Bahl and Gurdeep Kohli, who have reprised their roles as Dr Shashank and Dr Juhi Singh, offered a real treat to their fans, we can't wait for Surbhi Chandna and Namit Khanna to recreate the magic as the lead pairs in the previous seasons. As per the latest reports, Sanjivani 2 will go on air on August 15 or mid-September and it will take the 7.30 (pm) slot in the evening, replacing Dil Toh Happy Hai Ji.

TV and Bollywood actor Ram Kapoor, who is most loved for playing popular roles in daily soaps like Bade Achhe Lagte Hain and Kasamh Se, took everyone by surprise with his recent transformation. Recently, Ram, who is pretty much active on social media with 79.2 followers, took to the photo-sharing app to share a couple of pictures of him revealing his drastic transformation and we can't believe our eyes.

We are so happy to tell the world that we have been blessed with a healthy and angelic baby girl..both mother and daughter are doing absolutely fine and daddy is overwhelmed with this little bundle of life lasting happiness ❤️🙏🎉

Television actor Sangram Singh, who rose to fame with his role of antagonist Ashok Khanna in Karan Patel and Divyanka Tripathi's popular drama Yeh Hai Mohabbatein, is on cloud 9 right now as he has become a proud father to an angelic baby girl. The actor tied the nuptial knot with Norway girl, Gurkiran Kaun in a traditional Punjabi wedding in December 2017. Just a few days ago, the couple welcomed a little bundle of joy into their lives. Here’s wishing Sangram and Gurkiran our heartiest congratulations! Can’t wait to see a glimpse of their little munchkin.

A post shared by Priyanka Vikaas Kalantri (@priyankavikaaskalantri) on Jul 12, 2019 at 7:19am PDT

Television actress Priyanka Kalantri, who is known for her stint in Yeh Rishta Kya Kehlata Hai, is all set to embrace the joy of motherhood. The actress, who is married to Bollywood star Vikaas Kalantri, recently took to her social media to announce that she is pregnant. Priyanka, who is all set to welcome her first child with hubby Vikaas, has been sharing adorable pictures from their maternity shoot on her social media accounts.

Kaun Banega Crorepati 11 Teaser: Amitabh Bachchan Urges You to Stand by Your Dreams in This Inspiring Video

The much-awaited and most informative reality game show, Kaun Banega Crorepati is all set to return with Season 11 in a few months' time on Sony TV. In the latest season, Kaun Banega Crorepati, with its iconic host Amitabh Bachchan, urges fans to stand by their dreams. Before the official promo, the channel (Sony Entertainment Television) has released a teaser that unveils the theme for this year’s KBC campaign – 'विष्वास है तो उस पर खड़े रहो #अड़ेRaho' (If you believe in something, stick to it).