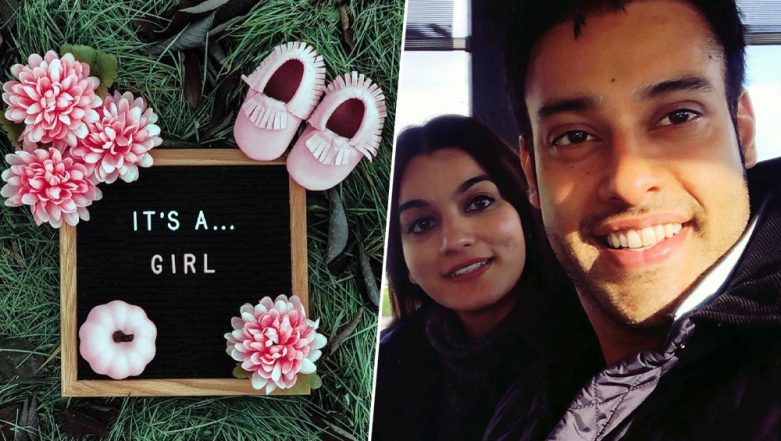 Sangram Singh, who rose to fame with his role of antagonist Ashok Khanna in Karan Patel and Divyanka Tripathi's popular drama Yeh Hai Mohabbatein, is on cloud 9 right now as he has become a proud father to an angelic baby girl. The actor tied the nuptial knot with Norway girl, Gurkiran Kaun in a traditional Punjabi wedding in December 2017. And a few days ago, the couple welcomed a little bundle of joy into their lives. Here’s wishing Sangram, Gurkiran and their family the heartiest congratulations! Can’t wait to see a glimpse of Sangram's little munchkin. Karan Patel Opens Up On Rumours of Yeh Hai Mohabbatein Going Off Air! Here’s What the Hunk Has To Say!

Elated father Sangram Singh, on Wednesday, took to the photo-sharing app to share a post announcing the good news with his industry friends, fans and colleagues. Sangram "We are so happy to tell the world that we have been blessed with a healthy and angelic baby girl..both mother and daughter are doing absolutely fine and daddy is overwhelmed with this little bundle of life lasting happiness" Yeh Hai Mohabbatein Actress Shruti Bapna to Star in Abhishek Bachchan’s Breathe 2

We are so happy to tell the world that we have been blessed with a healthy and angelic baby girl..both mother and daughter are doing absolutely fine and daddy is overwhelmed with this little bundle of life lasting happiness ❤️🙏🎉

Meanwhile, the news of Sangram Singh's Yeh Hai Mohabbatein going off-air comes up almost every three months. However, the cast remains unfazed by these rumours. Talking about the same, recently, Karan Patel, who is currently seen as Raman Bhalla on the TV show Yeh Hai Mohabbatein, had said, "We too have been hearing these rumors on and off about the show shutting down. But we haven't been informed about any such development yet and don't know when it will go off-air."

He further added, "However, I would like to say that if and when the show does go off air, we will all be taking home some amazing memories and bonds of a lifetime. For me, YHM is extremely special as it has made me what I am today and I will forever be thankful to Ekta and Balaji for offering me Raman Bhalla's part on the show." Also, earlier there were reports suggesting that the makers are gearing up for a spin-off. Reportedly, it is inspired by the Hollywood film The Sound of Music and will be titled Yeh Hai Chahatein.