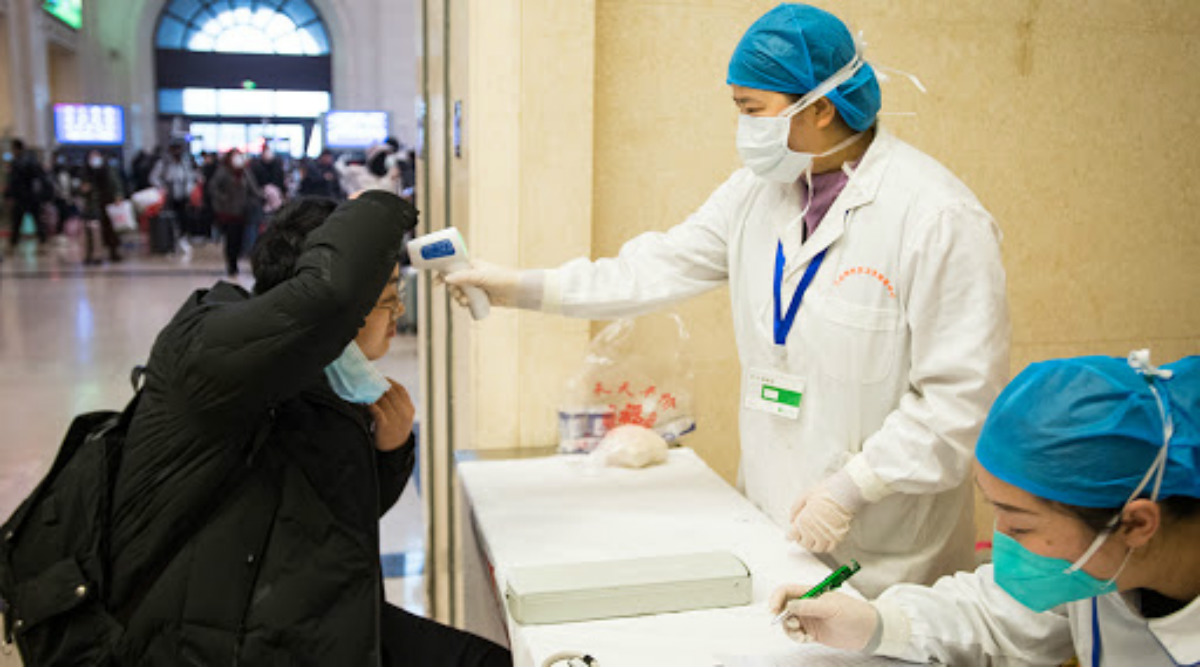 New Delhi, January 25: Over 100 people have been kept under observation in Kerala and Maharashtra following screening for a possible exposure to novel coronavirus as the Prime Minister's Office on Saturday reviewed India's preparedness to deal with any situation amid mounting global concern over rising cases in China.

Union Health Minister Harsh Vardhan said no positive case has been detected in the country so far though samples of seven passengers have been sent to the ICMR-NIV Pune lab. A 24x7 call centre has been made operational.

Samples of four other passengers tested earlier have been confirmed to be negative for nCoV by the lab.

A senior health official of Kerala told PTI that 172 people in the state are under home surveillance and seven are kept in various hospitals. China's Xi Jinping Warns Virus is 'Accelerating', Country Facing 'Grave Situation'.

"Today, 99 new passengers arrived in the state. This makes a total of 179 persons under surveillance. Only seven people have any kind of symptoms. They have mild symptoms. We have sent their blood and respiratory specimen samples to the National Institute of Virology, Pune," he said.

One person each from Thrissur, Thiruvananthapuram, Pathanamthitta and Malappuram and three from Ernakulam are in the isolation wards of various health centres in the state.

In Maharashtra, two of the three persons admitted to a hospital in Mumbai for possible exposure to the coronavirus have tested negative for infection but are still under observation as a precaution, while blood test results of a third person were awaited, officials said.

At a meeting in Delhi chaired by P K Mishra, Principal Secretary to the prime minister, health ministry officials presented an update about response measures being undertaken, official sources said.

The meeting was held on the instructions of Prime Minister Narendra Modi.

The sources said health ministry officials briefed Mishra on the preparedness of hospitals, laboratories as well as on measures being taken for the capacity building of rapid response teams to deal with possible cases of coronavirus.

Mishra also reviewed the preventive measures taken by other ministries like the Ministry of Civil Aviation.

Meanwhile, under directions from Vardhan, the 24x7 NCDC call centre (+91-11-23978046) has been made operational, the Union Health Ministry said.

"The call centre will monitor the list of contacts furnished by Ministry of External Affairs; provide details of district and state surveillance officers to those who seek them; and in case of any clinical query, direct the concerned to the relevant Integrated Disease Surveillance Programme (IDSP) officer," it said.

Vardhan has directed for multidisciplinary central teams to be sent to the seven states where thermal screening is being done at the seven designated airports -- New Delhi, Kolkata, Mumbai, Chennai, Bengaluru, Hyderabad and Kochi.

Each central team will consist of a public health expert, a clinician and a microbiologist. These teams would reach the respective states on Sunday.

Vardhan, who held a review meeting to analyse the preparedness for prevention and management of nCoV in India, also spoke to the Chief Minister of Uttarakhand on Saturday and assured him of all support for screening at the border with Nepal, where a confirmed case has been reported.

The Union Health Minister has urged the passengers who have a travel history to China since January 1, 2020, to come forward for self-reporting to the nearest health facility if they experience any symptoms such as fever, cough, respiratory distress, etc., and also inform their treating doctor.

On Friday, the Union Health Ministry also issued a fresh advisory asking the passengers to follow certain dos and don'ts if they are in China or if they are travelling or returning from China.

The advisory stated that during their stay in China, if they feel sick and have fever and cough, then they should cover their mouth while coughing and sneezing, seek medical attention promptly and report to the Indian Embassy in China.

The advisory also said that if they feel sick on flight, while travelling back to India from China, they should inform the airline crew about their illness, seek mask and self-reporting format from the airline crew, avoid close contact with family members or fellow travellers and follow other directions of crew and airport health officer.

According to the health ministry's advisory on Saturday, 28 cases have been confirmed outside Chinese mainland - 5 in Hong Kong, 2 in Macao, 3 in Taiwan, 4 in Thailand, 2 in Japan, 2 in South Korea, 2 in United States, 2 in Vietnam, 3 in Singapore, 1 in Nepal and 1 in France.