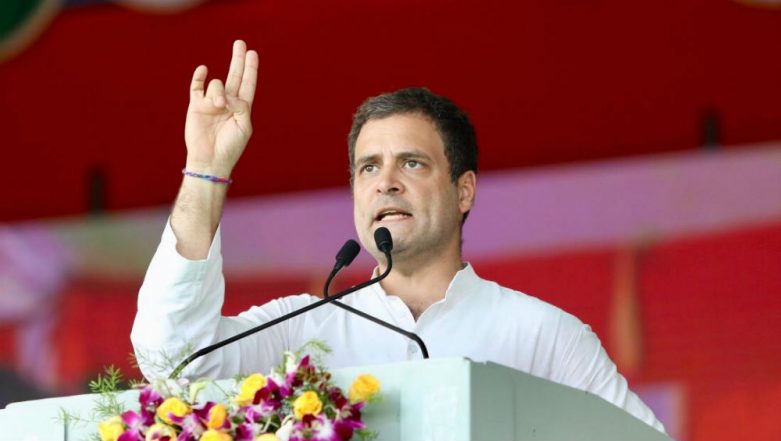 New Delhi, April 1: Making a big poll promise, Congress President Rahul Gandhi has said there were 22 lakh vacancies in the government and if voted to power, his party will fill them in less than a year.

He said devolution of funds from the Centre to the state governments for healthcare, education and other schemes will be linked to these posts.

"Today, there are 22 lakh job vacancies in government. We will have these vacancies filled by March 31, 2020. Devolution of funds from the Centre to each state government for healthcare, education, etc., will be linked to these vacant positions being filled," Gandhi said in a tweet on Sunday. Rahul Gandhi to Contest From Wayanad: Furious CPM Vows to Defeat Congress President in Lok Sabha Election 2019.

The new government will assume office in May after Lok Sabha polls. Gandhi has been making a series of poll promises ahead of release of party's poll manifesto.

He had said on Saturday that India needs restoration of its water bodies and afforestation, and his party will employ lakhs of rural youth for the purpose, if voted to power.