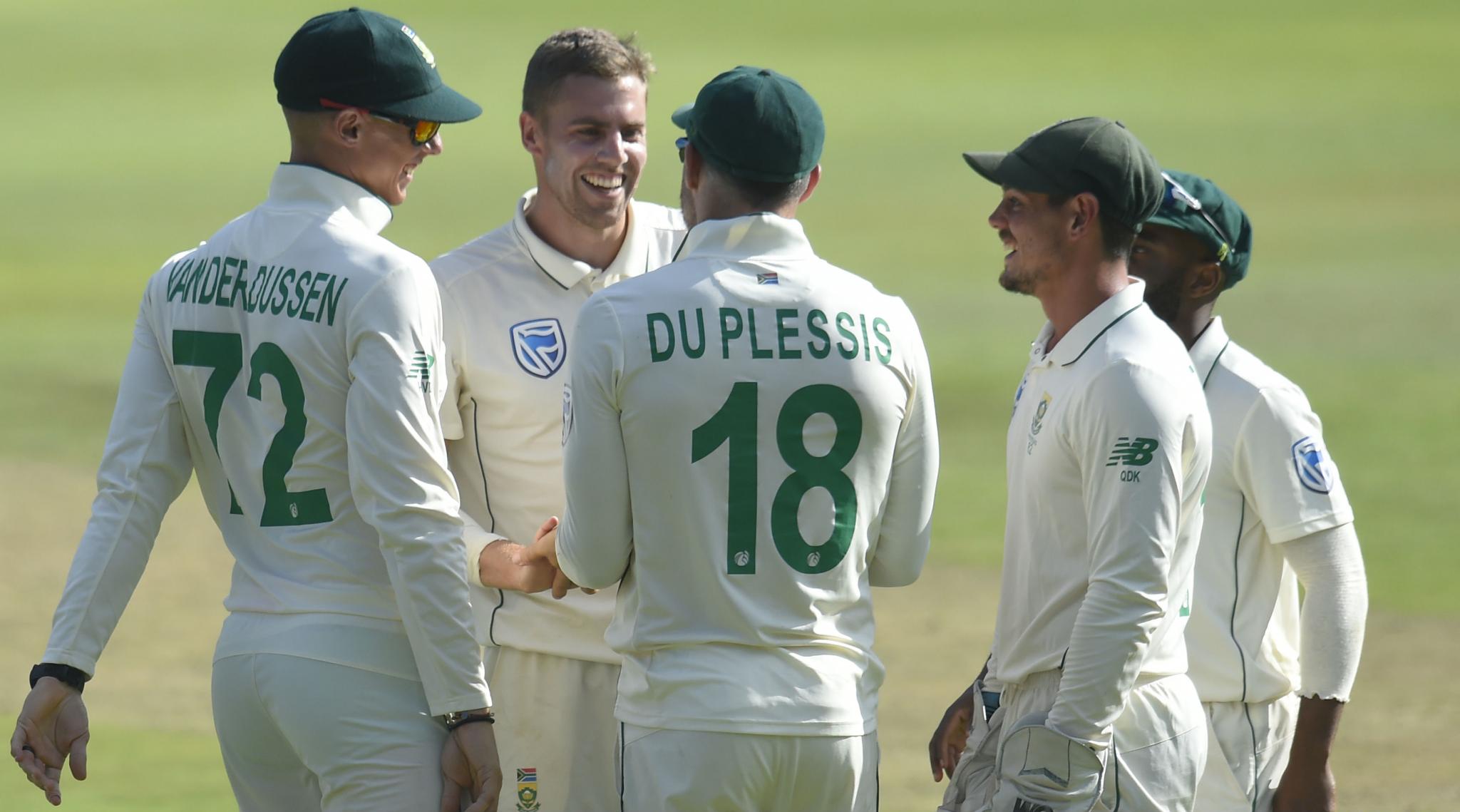 Johannesburg, January 27: South Africa were docked six World Test Championship points and fined 60 percent of their match fee on Monday for a slow over rate during their 191-run fourth Test defeat by England.

In a statement, the International Cricket Council (ICC) said it has punished South Africa after match referee Andy Pycroft found they were three overs short of the required rate during the Test, which gave England a 3-1 series win. SA vs ENG 4th Test 2019-20 Match Result: Mark Wood Shines as England Beat South Africa To Win Series 3-1.

South Africa and England both opted for all-seam bowling attacks at the Wanderers Stadium in Johannesburg, with no spin bowlers to speed up their over rates. South Africa Vs England, Match Summary.

South Africa are currently seventh in the nine-team table after one win and six losses. They gained 30 points for their win in the first Test against England but their total will now be reduced to 24 after becoming the first team in the tournament to have points deducted. India lead the table with 360 points from seven wins in seven matches.