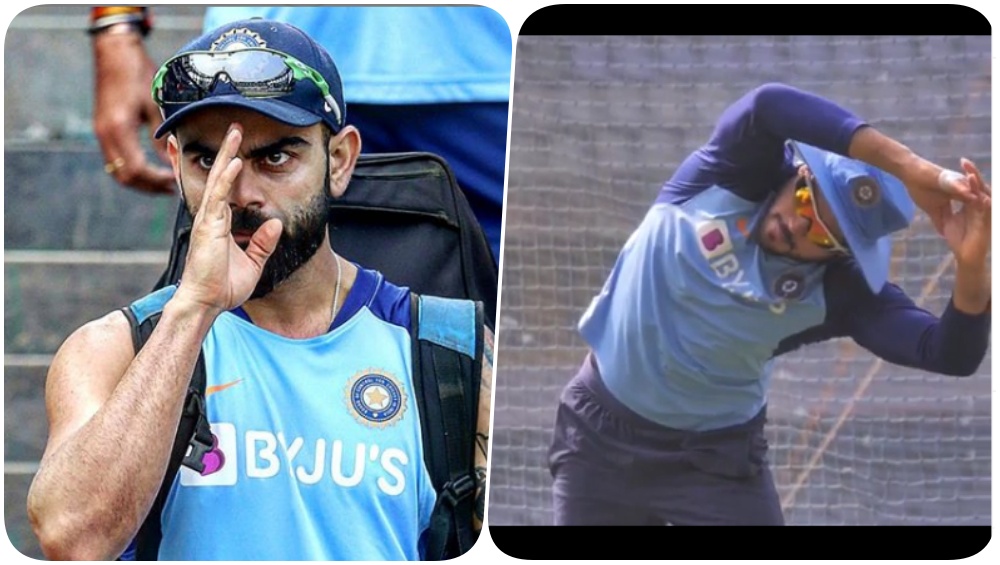 Team India Sweats it Out at Wankhede (Photo Credits: Instagram)

After winning the three-game T20I series against Sri Lanka, the Men in Blue welcome team Australia for the ODI series for the same number of matches in the 50 over format. The first game will be held tomorrow at the Wankhede Stadium in Mumbai. Ahead of the first game, Virat Kohli and men were seen sweating it out in the nets to face the opponents from Down Under. In the nets, Rohit Sharma who had been rested for the series against Sri Lanka makes a comeback into the squad. Rohit Sharma Returns in India’s 16-Men Squad for New Zealand T20Is, Sanju Samson Left Out.

The fans are hoping to have an intensified encounter between the two teams. Even Virat Kohli shared the same thoughts ahead of the game. “Look, when you are playing Australia, you don’t look at the relevance of the series. It’s about playing against the best. The way they are playing their cricket now, after Steve and David have come back, it’s pretty intense,” Kohli said ahead of the game at the press conference.

Now, let’s have a look at the pictures of the nets session below:

Team sweating it out

The Indian cricket team will be missing out on the services of Sanju Samson. Hardik Pandya has not played for India since September 2019 and his comeback is delayed after he failed the fitness test ahead of India A’s departure for New Zealand. And due to the all-rounder’s absence, Shivam Dube has retained his spot in the team.