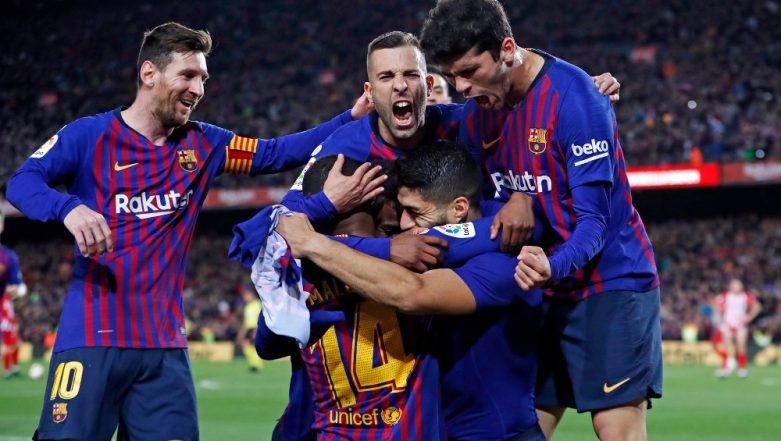 Champions Barcelona have a game against Celta Vigo away in the league which is likely to feature a lot of fringe players. Though the game is of little importance to the Catalonians with the league wrapped up and a semi-final second leg against Liverpool coming up, they will look to continue their winning run. 16th placed Celta Vigo is not safe from drop yet and needs to get a positive result in tonight’s game to stay clear of the drop zone. They were beaten 2-0 in the reverse fixture at Cam Nou and must improve a lot just to compete with Barcelona. Celta Vigo vs Barcelona - Live Football Score.

Emre Mor is out of the Barcelona game having failed to recover from the injury he received last month. Okay Yokuslu is back from suspension while David Junca and Iago Aspas have been both declared fit to join the match day squad. Aspas will link with Maxi Gomez in the strike department to get the goals for the home team. Stanislav Lobotka has been impressive in midfield with his hold up play though Barcelona may present a different kind of test.

Jasper Cillessen gets a game in goal for Barcelona with Ter Stegen rested while the likes of Kevin Prince Boateng and Malcom who have had a few outing are also likely to be involved. Ousmane Dembele has struggled for form ever since making a comeback after a long term injury. The Frenchman can utilise this game to get back to his high standards. Little known midfielder Jean-Clair Todibo might start as the defensive midfielder and will have Carles Alena for company.

Celta Vigo and Barcelona lock horns against each other in the La Liga match on May 05, 2019, (Saturday mid-night). The 16th-placed team is hosting the top-ranked team in a match that will be held at the Municipal de Balaidos. It will kick off at 12:15 AM IST.

Sony Pictures Networks holds the broadcast rights of La Liga in India. So, the  Celta Vigo vs Barcelona match will be live telecast on Sony Six and Sony Six HD channels.

Where to Get Free Live Streaming Online of  Celta Vigo vs Barcelona, La Liga 2018-19 Football Match?

If you are unable to watch the match live on their TV sets, you can catch  Celta Vigo vs Barcelona match online via live streaming on Sony Liv app as well as on La Liga's official Facebook page. You can also live football score updates on LatestLY here. Barcelona have not won away at Celta Vigo in the last three attempts and with their second string side, the wait might just get longer.