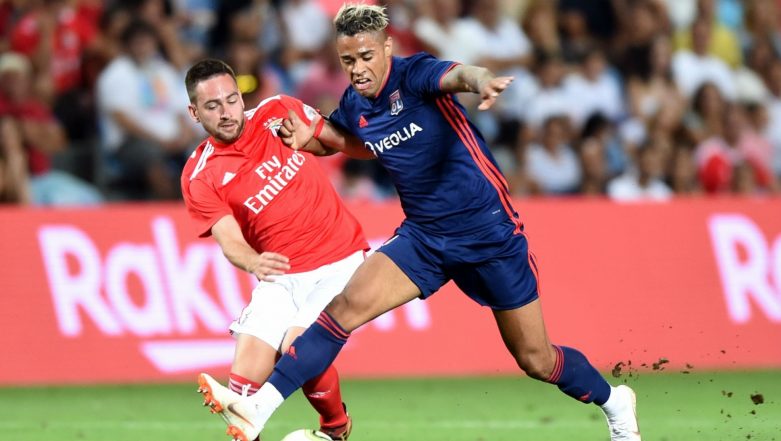 Madrid, May 6: A brace by Spanish-Dominican forward Mariano Diaz led Real Madrid to a rebound win over Villarreal, who will have to wait till the end of the season to secure a place in La Liga next year. Given the disappointing season Madrid has been experiencing, the fan attendance for Sunday's match at their Santiago Bernabeu Stadium was at its lowest during the present La Liga campaign, Efe news reported.

Before the game kicked off, Madrid showed support for Iker Casillas, their former goalkeeper and current Porto player, who last week suffered a heart attack. On the pitch, Madrid, after the side was publicly criticized by French coach Zinedine Zidane, seemed to have transformed itself into a better team than the one which was beaten by Rayo Vallecano.

Two identical mistakes by Villarreal's Santi Cazorla and Madrid's Casemiro marked the beginning of the game. It was Cazorla who lost the ball first under Brahim Diaz's pressure, giving Mariano his long-awaited opportunity to put his team on the scoreboard.

Madrid then played at a faster pace and created opportunities to increase their tally, but Mariano and Lucas Vazquez were unable to make the most of passes by Toni Kroos who dominated the midfield. Nine minutes later, Casemiro's errors gave a chance to Villarreal's striker Gerard Moreno, who fired a shot into the corner of the goal that got past Belgian goalkeeper Thibaut Courtois, making his second consecutive starting line-up appearance under Zizo. Real Madrid vs Villarreal - Live Football Score.

Villarreal were looking for a point to boost their chances of staying in the top flight league, but they struggled with defensive instability. This struggle was obvious against Madrid; the capital side often easily got through to Andres Fernandez's goal. Madrid also had chances to regain the lead on a powerful shot by Dani Carvajal that hit the woodwork as well as other attempts by Brahim, Kroos and Marcelo Vieira, all saved by the goalkeeper.

Villarreal's attacking hopes largely fell on Samuel "Samu" Chukwueze's shoulders as the Nigerian forward was barely noticed during the first half, but - in a rare chance - managed to get past Marcelo and fire a shot that was nicely blocked by Courtois, who had great saves despite conceding two goals.

Focusing more on his offensive role, Marcelo fired a shot that led to Madrid's second goal with five minutes to go before first half stoppage time, when Jesus Vallejo collected the rebounded ball and then scored his first goal with Madrid.

The second half was virtually identical to the first as Mariano found the back of the net in the early going, ending any Villarreal hopes of a comeback. Mariano took advantage of sloppy defense by Xavier Quintilla, who suffered in his Bernabeu debut, score for the second time.

Samu's attempts continued Villarreal's hopes for a goal that would get them back into the match that looked dull till Vinicius - playing for the first time after a two-month absence on the sidelines due to injury - took the field with 16 minutes to go in regular time.

Vinicius even had an opportunity to score a goal, but he missed, still rusty and needing to work on accuracy and final touch. Four minutes into injury time, however, Villarreal's left back Jaume Costa fired a nice shot that found the back of the net.