The companies will run three workshops from June to August, which will educate the religious organisations how to present educational information in a way that is relatable to young people, such as through Instagram stories or TikTok videos. 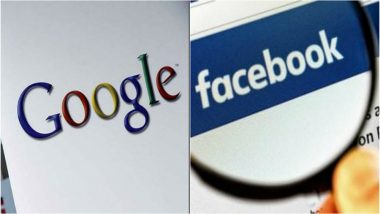 Singapore, June 25: Tech giants Facebook, Google, Twitter and TikTok have on Friday launched a pilot project to educate religious and community organisations on how to use social media for combating the threat of online radicalisation, the media reported.

The project will arm the religious and community organisations with skills to widen their online reach and facilitate sensitive discourse in the digital sphere, the Strait Times reported.

The companies will run three workshops from June to August, which will educate the religious organisations how to present educational information in a way that is relatable to young people, such as through Instagram stories or TikTok videos. Instagram To Soon Let Users Post From Desktop.

Participating religious organisations include the Islamic Religious Council of Singapore (Muis), the National Council of Churches of Singapore and the Taoist Federation, the report said.

"While social media has the power to divide, it also has the power to unite. Our technology partners are working with us to positively influence online spaces so we can grow common ground in our community," said Alvin Tan,A Minister of State for Culture, Community and Youth while announcing the initiative.

The workshops will also teach the organisations how to report extremist content to the platforms as well as facilitate open discussions on race and religion through live stream.

"I would say emphatically that hate, intolerance and extremism are not what we want on Facebook. They have no place," Clara Koh, Facebook's head of public policy for Singapore and Asean, was quoted as saying during the programme's launch. Windows 11: Here's a List of Everything Microsoft is Removing From New Operating System.

"We believe that positive speech can be a bulwark against destructive speech. That's why we're here to help community organisations amplify their calls to action and effectively build bridges in the online space," she added.

Teresa Tan, TikTok's head of public policy for Singapore and South-east Asia, gave an example of how interfaith groups can rally the community to spot signs of radicalisation online, the report said.

(The above story first appeared on LatestLY on Jun 25, 2021 08:47 PM IST. For more news and updates on politics, world, sports, entertainment and lifestyle, log on to our website latestly.com).