A man was arrested at Delhi Airport on Friday for smuggling 100 units of iPhone X from Dubai. 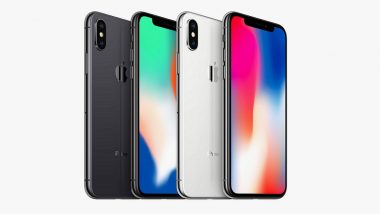 A 53-year-old man was arrested at Delhi Airport by the customs for allegedly smuggling 100 iPhone X models in India. The accused coming from Dubai was intercepted by the Indian customs immediately after this arrival at the airport on Friday. The seized 100 units of iPhone X smartphone worth a total of 85 lakh approximately. See More: What is Definition of Mother? Apple Siri Responds With Weirdest and Sickest Answer When Asked

Amandeep Singh, Additional Commissioner of customs at the airport said that, “Hundred iPhone X handsets worth a total of Rs 85.61 lakh were seized from his baggage after a thorough search.”

Talking about the iPhone X, the smartphone is one of the most expensive flagship devices in the market currently. Offered in 2 variants - 64GB and 256GB, the base model of iPhone X smartphone from Apple is priced at Rs. 95,390 whereas the top end variant retails at Rs. 1.08 lakh.

As per the report from Strategy Analytics - Research firm mentioned that the American smartphone maker retailed about 16 million units of iPhone X during the Q1, 2018. Moreover, the smartphone emerged as the most successful model from Apple as far as the sales during the Q4, 2018 are concerned. Read More: iPhone 8, iPhone 8 Plus (Product RED) Available for Pre-order in India on Flipkart at Rs 67,490; Will go on Sale on April 30

Recently, Apple announced record results for the fiscal 2018 second quarter ending March 31, 2018 wherein the company recorded a revenue of $61.6 billion witnessing a hike of 16 percent in comparison to last year.

(The above story first appeared on LatestLY on May 07, 2018 12:20 PM IST. For more news and updates on politics, world, sports, entertainment and lifestyle, log on to our website latestly.com).