US Recession is Almost Here; Bloomberg Prediction Puts Chances of Recession in United States Within Next 12 Months at 100% 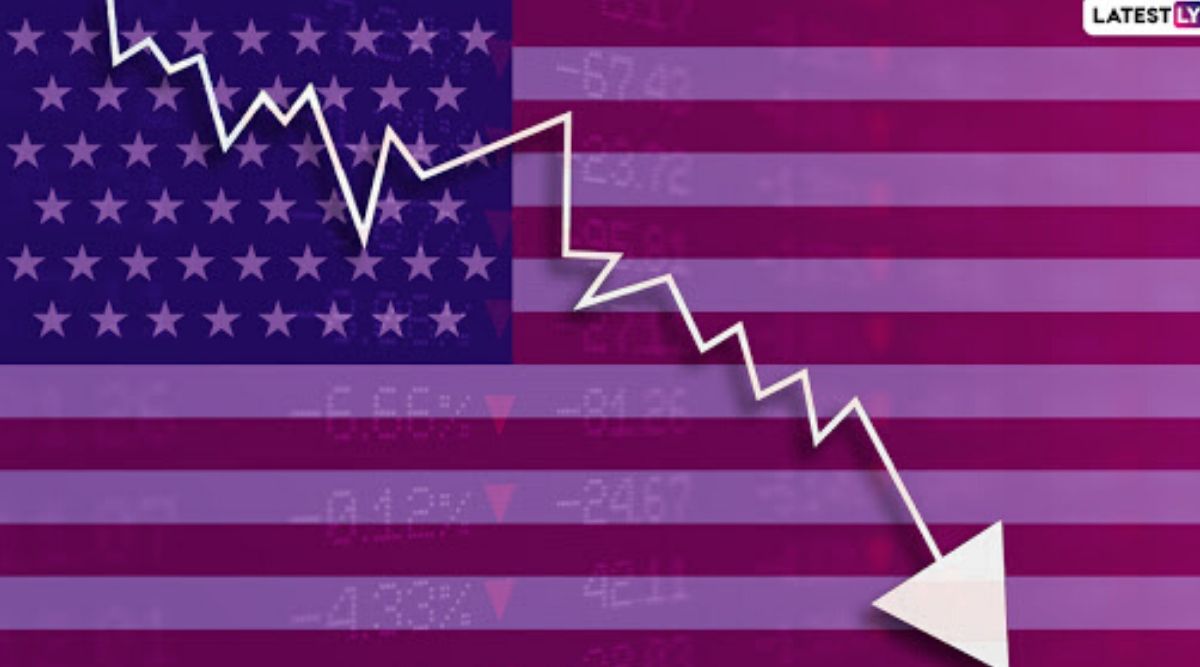 Washington, April 9: Coronavirus has brought the US economy to a grinding halt and the country is heading into what looks to be the worst recession in generations where millions will lose their jobs. The chance of a recession now stands at 100 percent within the next 12 months, according to Bloomberg prediction.

Bloomberg economists Eliza Winger, Yelena Shulyatyeva, Andrew Husby and Carl Riccadonna developed the recession probability model last year to look into the matter. This model takes into account various factors like-economic conditions, financial markets and effects of the underlying stress. The surge in the recession probability depended on the shocking jobless numbers and the falling stock prices.  According to the report, the US recession is almost here and  US Recession: New Weekly Jobless Data to be Out on Thursday, May Add to Skyrocketing Unemployment Rate,

The report further mentions that due the sudden stop in the inactivity, the economy will experience its largest-ever contraction in the second quarter, and some analysts project about 20 million people will have lost their jobs by July.  The March jobs report showed employers cut a net 701,000 jobs in the month, the most since the Great Recession —and the numbers reflected just half the month.

In the US, the situation looks extremely grim as more than 14,500 in the country have died from COVID-19, while the number of infected has touched 435,128, according to Worldometers. With the rising numbers, everything has come to a standstill, social gatherings have been banned and people have been asked to stay at homes. What is Furlough? Here's The Meaning of Action Being Taken by Companies in US Amid Economic Slowdown Due to Coronavirus.

All eyes will be on US Jobless data which is expected on Thursday. The country is set for another shock to see how badly coronavirus has shaken the economy of the country.  The previous reports over the last two weeks by the Labor Department indicated that a combined 10 million people lost their jobs as businesses across the world's largest economy shut down to stop the virus's spread.

The effect of the deadly disease has already triggered a wave of layoff and businesses shutting down. According to reports, in lieu of layoff, many companies have decided to furlough employees. Furlough is an employer-mandated, temporary unpaid leave from work and employees working in both public and private sector can be placed under furlough. Several companies like OYO, GAP, Macy and others have furloughed their employees in order to tackle the crisis.