Mohamed Salah Injury Update: Striker Ruled Out From Liverpool vs Barcelona Semi-Final Clash in Champions League 2019 Due to Concussion 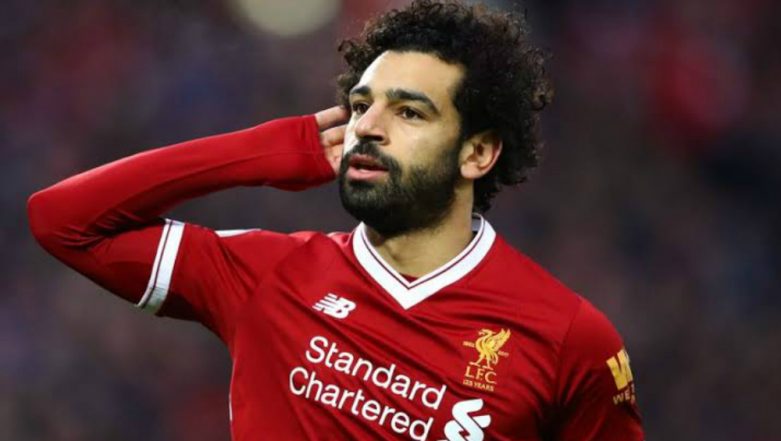 Liverpool, May 6: Liverpool will be without top scorer Mohamed Salah for Tuesday's Champions League semi-final, second leg against Barcelona after manager Jurgen Klopp revealed he was concussed in a 3-2 win at Newcastle. The Egyptian was stretchered off at St James' Park on Saturday due to a head knock sustained as he challenged Newcastle goalkeeper Martin Dubravka for a high ball.

"It's a concussion so that means he would not even be allowed to play. So that's it," said Klopp at his pre-match press conference on Monday.

"He feels OK but it is not good enough from a medical point of view that is all. He's desperate (to play) everything but we cannot do it."

Klopp will also be without Brazilian striker Roberto Firmino due to a groin injury as his side face the huge challenge of trying to overturn a 3-0 first leg deficit to make the Champions League final for a second consecutive season.

"Two of the world's best strikers are not available tomorrow night and we have to score four goals against Barcelona to go through after 90 minutes," added Klopp.

"It doesn't make life easier, but as long as we have 11 players on the pitch, we will try it."

Liverpool have a rich history of stunning comebacks in European football, most famously lifting the Champions League in 2005 after trailing the final 3-0 to AC Milan at half-time.

In Klopp's first season in charge in the quarter-finals of the Europa League in 2016, the Reds also came from 3-1 down in the final 25 minutes to beat his old side Borussia Dortmund 4-3.

However, the German coach is aware of the extra difficulty of not just scoring at least three against the Spanish champions, but also not conceding a vital away goal to the likes of Lionel Messi and Luis Suarez that would leave Liverpool needing to score five to progress.

"I imagine the place will be rocking even before we score to be honest, but we not only have to score, we have to deny Barcelona from scoring," he added.

"It doesn't happen too often that Barcelona don't score at all. We know how big the challenge is.

"This team is so wonderful we will try 100 percent, but that doesn't mean it will all work out."

While Liverpool edged a bruising battle with Newcastle to remain in the hunt for a first Premier League title in 29 years, Barcelona boss Ernesto Valverde could afford the luxury of making 11 changes for a 2-0 defeat at Celta Vigo on Saturday having already sealed the La Liga title.

And Klopp admitted he could have one eye on Sunday's final league game of the season at home to Wolves with his team selection.

"We have to make a lot of decisions. Tomorrow night will be the third game in six days and Barcelona changed 11 positions on Saturday, so that is a massive difference as well of course," he said.

"Together with our supporters it was a long season and there is at least a little chance to make it even longer.

"But if not, these are the last two home games of an incredible season and I think we should celebrate that with a good performance on the pitch and a very, very good performance in the stands."