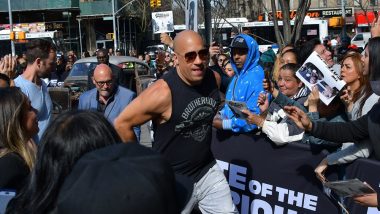 Washington DC, February 16: Universal Pictures’ Fast and Furious 9 has been shifted back six weeks from April 10 to May 22, 2020. This is the second backwards shift for the title, reported Variety. Earlier, in 2017, Universal moved the film back a year from April 19, 2019, to April 10, 2020. Both dates fall on Easter weekend.