Serie A: Cristiano Ronaldo Rested for Clash Against Roma 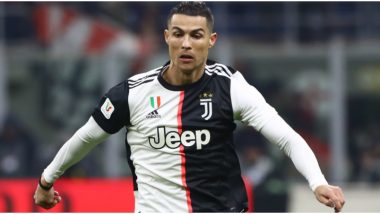 Turin, Aug 1: Juventus have given rest to its star striker Cristiano Ronaldo for their final Serie A clash against Roma. Juventus has already wrapped up the Serie A title win, so the side has decided to rest Ronaldo to keep him fit for the Champions League match.

The club released its starting XI hours ahead of the match, and Ronaldo was a notable omission from the squad.

Juventus is slated to square off against Lyon in the Champions League round-of-16 match on August 7 at the Allianz Stadium in Turin.

Earlier, Juventus head coach Maurizio Sarri had hinted that he might choose to rest Portuguese star Ronaldo for the final Serie A match of the season.

"We'll assess [who will play] today and tomorrow morning, depending on who needs to rest and who is fit to play. Between tomorrow and next Friday, there will be a big difference in terms of mentality. We'll need to be good at recovering all energies possible," the club's official website had quoted Sarri as saying.

"Let's see how Cristiano feels for tomorrow, he's one of the players that played the most in the entire season. With regards to Aaron Ramsey, he might be back with the team today and there are good possibilities that he plays in the Champions League," he added.

The Serie A table-toppers, Juventus, have 83 points with a four-point lead over the second-placed Inter Milan. Roma is placed on the fifth spot with 67 points.

Juventus will take on Roma in their next clash later today.