Pakistan has decided to ban the use of all cryptocurrencies, local media reported citing a report which was submitted to the Sindh High Court (SHC) on Wednesday. 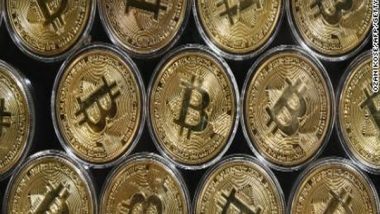 Islamabad, January 12: Pakistan has decided to ban the use of all cryptocurrencies, local media reported citing a report which was submitted to the Sindh High Court (SHC) on Wednesday.

Samaa TV reported that the State Bank of Pakistan and the federal government have decided to ban the use of all cryptocurrencies, as per the report submitted to SHC during a case hearing about digital currencies.

The status of cryptocurrencies in Pakistan has been in limbo in the absence of laws and rules to regulate the use of these digital currencies for trade.

The court had instructed the authorities to come up with a report on the use of cryptocurrencies.

Through a notice, FIA's cybercrime wing has called the general manager or growth analyst of Binance Pakistan to appear and explain the organization's position on the fraud, as per media rpeorts.

"A relevant questionnaire has also been sent to Binance Headquarters Cayman Islands and Binance US to explain the same," the FIA statement read.

Last month, people from all over Pakistan launched complaints to the FIA against at least 11 mobile applications which had stopped working over a period of time and allegedly defrauded their billions of Pakistani rupees, Xinhua reported citing FIA.

Reports say that the people of Pakistan have purchased cryptocurrency worth USD five crores in just six months.

FIA has started searching for investors and funders and as many as 1,054 accounts have been frozen.

In October 2021, a study revealed that Pakistan had witnessed a massive increase in cryptocurrency adoption during the past 12 months. The 2021 Chainalysis Global Crypto Adoption Index ranked Pakistan the third highest in terms of index score, Daily Pakistan has reported.