World News | Singapore to Ease COVID-19 Curbs from Next Week

Singapore has announced it would ease some of the COVID-19 curbs in two phases, starting next week, after domestic transmission of the infections slowed and the new coronavirus cases declined. 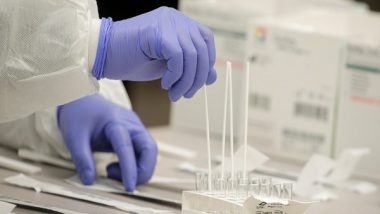 Singapore, June 11 (ANI): Singapore has announced it would ease some of the COVID-19 curbs in two phases, starting next week, after domestic transmission of the infections slowed and the new coronavirus cases declined.

As part of a calibrated reopening, the country will move back to Phase three in two steps, with one set of measures taking effect from June 14, and another from June 21.

From June 14 onwards, authorities will allow up to five people to gather, from two currently. As per the news guidelines, restaurants will be allowed to resume dine-in services from June 21, if the virus remains under control.

According to The Straits Times, attractions, cruises, museums, and public libraries will be allowed to operate at 50 per cent of their normal capacity from June 14. Event sizes will also be increased and live performances and spectator sports events will be allowed to take place.

Movie screenings at cinemas, events such as worship services, and marriage solemnisation outside the home will be able to resume with up to 250 attendees, only if pre-event testing is conducted.

From June 21, fitness studios and gyms may resume activities that involve removing one's mask, with the safe distancing of at least two meters between individuals and three meters between groups of individuals.

The country's health ministry also said regulators had approved four coronavirus self-testing kits for sale to the general public. It has also announced to extend the vaccination program to citizens aged 12 to 39 years.

Singapore has so far recorded 62,236 COVID-19 cases and 34 fatalities, according to the Johns Hopkins University. (ANI)