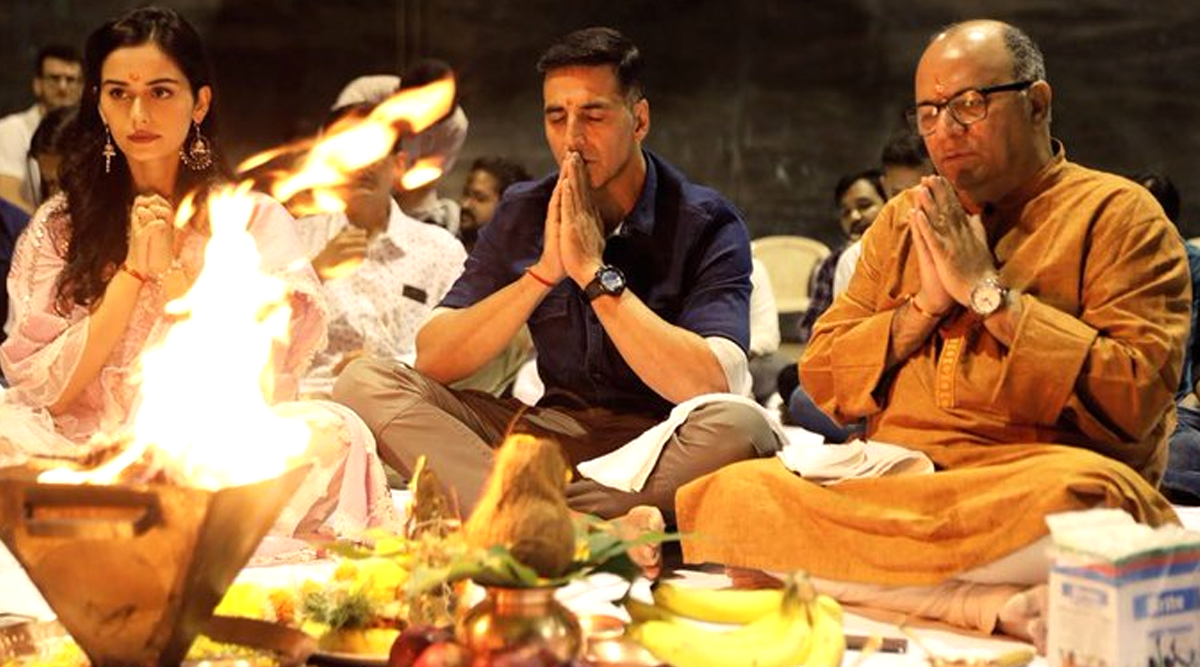 The former Miss World Manushi Chhillar who has now made her way to the Bollywood cinema by debuting in the forthcoming historical drama 'Prithviraj' has shared a glimpse of her character from the movie. Manushi took to Instagram to share a sneak-peek of her new character as 'Sanyogita' in the movie. Prithviraj: Akshay Kumar-Manushi Chhillar’s Historical Drama Will Be Grander Than You Actually Thought!

The post featured herself in the makeup room dressed as the love of the King's life. Without giving any further details about her role, Manushi wrote, "Sanyogita #Prithviraj."The 22-year-old star who is paired opposite Akshay Kumar has been announced as the leading lady of YRF's biggest historical film 'Prithviraj'. Manushi Chhillar as Sanyogita in Prithviraj: 5 Pictures of the Former Miss World that Prove She’s an Apt Casting.

The upcoming historical drama is based on the life and heroism of the fearless and mighty King Prithviraj Chauhan. Bollywood star Akshay Kumar is set to play the role of Prithiviraj while Manushi will be seen as the love of the king's life.