Makers reveal the first poster of Maleficent: Mistress of Evil with a kickass new name for the sequel, a new release date for the film and the same Angelina Jolie, donning her devil horns. 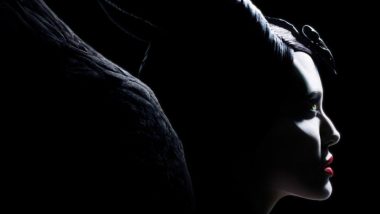 Maleficent 2 finally has a new name, a new release date but the same awesome Angelina Jolie. Disney's diabolical goth witch, Maleficent, will be returning to the big screen but this time, she'll be super evil. For quite some time since the announcement was made about a sequel, there were speculations of when the film will release in 2019. In fact, the sequel was primarily called a plain Maleficent 2. However, the makers just released a poster which reveals a kickass new name for the sequel, a new release date for the film and the same Angelina Jolie, donning her evil horns and reprising her role as the evil witch.

Originally, the film was supposed to release in May 2020. However, the poster states that the film will release this year, in October. Interestingly, the makers are rooting for a Halloween release to up their box office goals. Maleficent: Mistress of Evil, will also see Elle Fanning reprise her role as Princess Aurora along with other actors namely, Sam Riley, Imelda Staunton, Juno Temple, and Lesley Manville.

As per rumours doing the rounds regarding the plot of the film, Gizmodo has revealed that the fantasy adventure will pick up from several years after Maleficent first struck Princess Aurora with a curse. The story will further explore the complex relationship between Maleficent and Aurora while new alliances and adversaries will enter their lives.

Set to release on October 18, 2019, the film will see new cast too, which includes, Michelle Pfeiffer, Chiwetel Ejiofor, and Deadpool’s Ed Skrein. Earlier, Pfieffer had shared a picture of herself donning a gorgeous gown with exquisite Queen-like makeup to give fans a peek at her character in the film.

(The above story first appeared on LatestLY on Mar 07, 2019 12:09 PM IST. For more news and updates on politics, world, sports, entertainment and lifestyle, log on to our website latestly.com).