Steve Howey and Sarah Shahi Split After 11 Years of Marriage 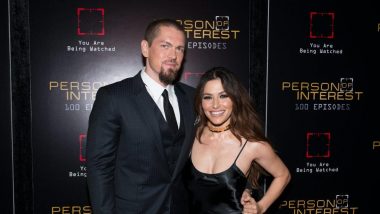 Shameless star Steve Howey and his actor-wife Sarah Shahi have called it quits after 11 years of marriage. According to People magazine, Shahi, 40, filed for divorce from Howey on May 4 in Los Angeles Superior Court, citing irreconcilable differences. Howey, 42, and Shahi had tied the knot in 2009. They are parents to three children -- son William Wolf, 10, and five-year-old twins Violet Moon and Knox Blue. Channing Tatum ‘Back on Dating App’ After Split with Singer Jessie J.

In a joint statement to the outlet, the duo said they decided to end their marriage after "much thought and consideration". "We are so grateful for the past 10 years together and proud of our children that we've raised. As we enter into this new phase of our lives, our priority will remain co-parenting our children with so much love, mutual respect and friendship," Howey and Shahi said. Kris Jenner Shares Split From Kim’s Father Robert Kardashian Forced Her to Grow Up

"And though our relationship is changing, we are committed to continuing our lives as a loving family," they added.