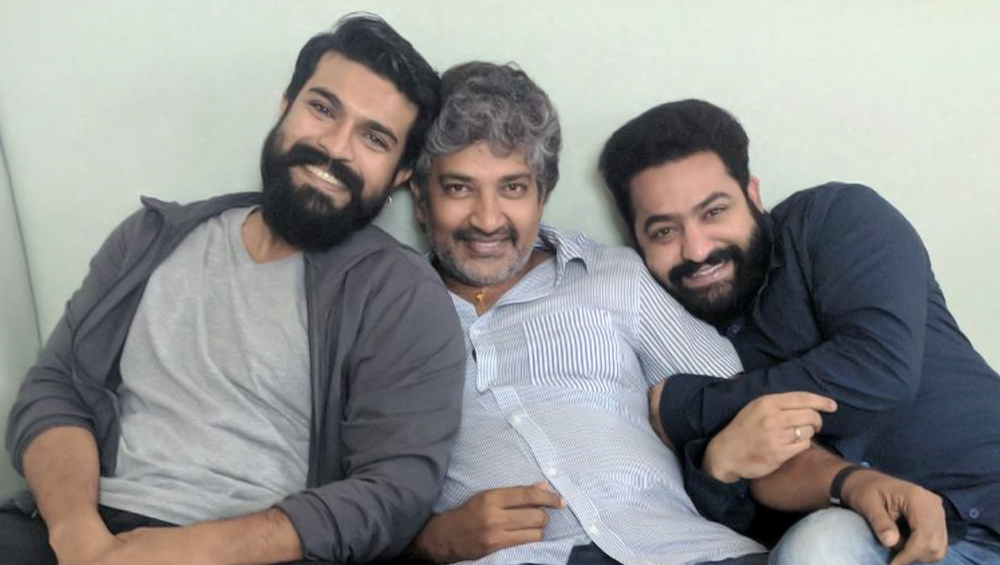 After the Baahubali series, S S Rajamouli is shaping up his next magnum opus RRR which unites Ram Charan and Jr NTR for the first time on the big screen. The film also has many big Bollywood names in the cast like Alia Bhatt and Ajay Devgn. Obviously, there is heightened excitement for it among the fans but there is something that we heard which might make them tad bit sad. RRR, which was supposed to release on July 30, has apparently been pushed to October. Official confirmations are yet to flow in. That means it will not clash with Ranbir Kapoor-Vaani Kapoor's Shamshera. This Viral Pic of Jr NTR as Komaram Bheem Is Proof Fans Are Eagerly Waiting to See the Actor’s Avatar in RRR

Apart from the fact that this is a Rajamouli film who has acquired a legendary status now, RRR was also making a lot of news regarding its cast. Bond Girl Alison Doody was confirmed as the lead anatgonist in the film. She was part of the first schedule of the film. Olivia Morris will romance Jr NTR in the film. If that wasn't enough, there were stories of how Rajamouli is spending Rs 150 crore on the fight sequences alone.

As revealed by S S Rajamouli in an Interview to India Today, "RRR will be a fictitious tale about 2 real-life heroes, set in pre-independence times. We are mounting the film on a very big scale. There’s a lot of research involved over the past 2 years."