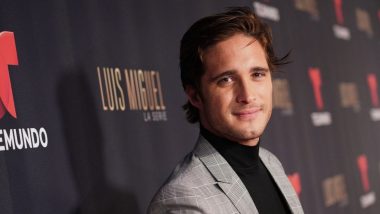 Mexican actor-singer Diego Boneta has been signed on to star in the limited series, "Brujo". The series is inspired by the true story of the infamous cult leader and serial killer, Adolfo Constanzo, and his acts of dark magic, reports variety.com. The story is expected to play out through the eyes of his two most unlikely followers, who helped Constanzo rise to the repute of the "go-to witch doctor" for many celebrities, politicians, high-ranking police officers, and powerful crime families. BAFTA Winner ‘The Murder of Stephen Lawrence’ to Get Sequel Series at ITV

"Brujo" will chart Costanzo's evolution into the notorious cult leader and serial killer he would eventually become, and feature English and Spanish dialogue. Boneta will also serve as executive producer of the show scripted by Daniel Krauze, and directed by Humberto Hinojosat. Bad Boys For Life Directors Shooting New Series For Netflix in Belgium Titled ‘Soil’

(The above story first appeared on LatestLY on Jul 17, 2020 05:33 PM IST. For more news and updates on politics, world, sports, entertainment and lifestyle, log on to our website latestly.com).