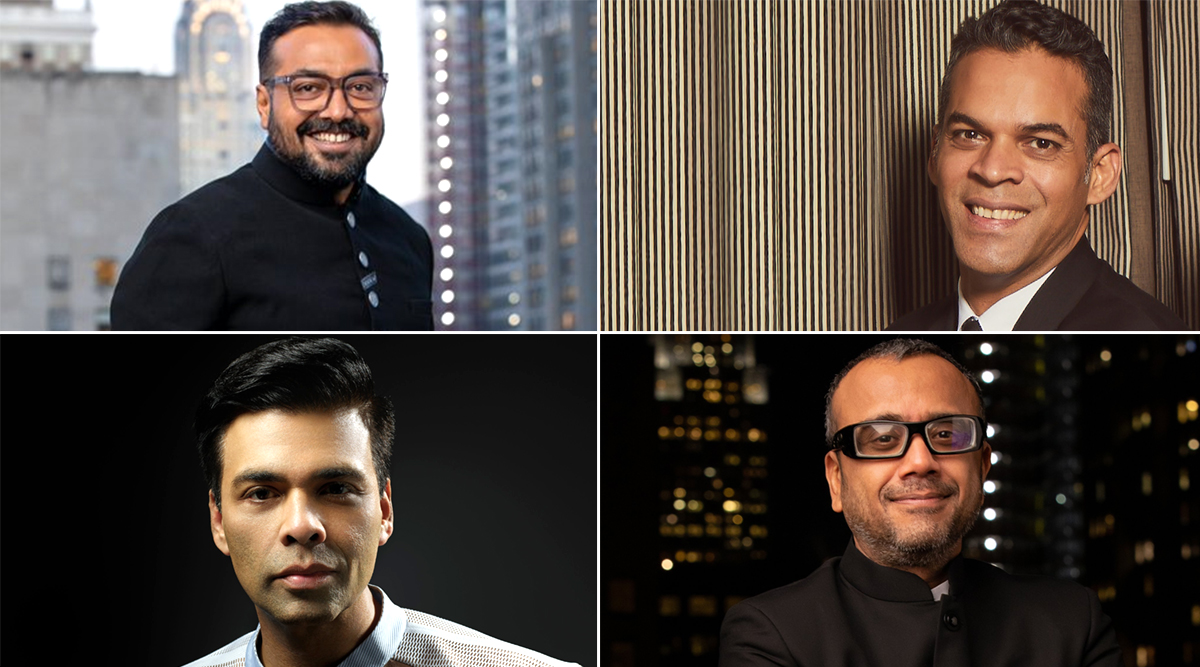 If you are the one who is 24*7 glued to Netflix and love a few Bollywood dramas on the OTT platform, then here's a piece of good news for you. As going by the latest update, the streaming giant, Netflix has announced four new diverse films, courtesy Indian filmmakers. It's Karan Johar, Anurag Kashyap, Vikramaditya Motwane and Dibakar Banerjee who will be soon up with new shows for Netflix. Elaborating on the same, it's Kashyap who is helming Choked starring Saiyami Kher and Roshan Mathew whereas it's AK vs AK by Vikramaditya, a nail-biting thriller that stars Anil Kapoor and Kashyap. Netflix's Ghost Stories: Twitterati Is Hugely Unimpressed With Karan Johar's Short But Hails Zoya Akhtar and Dibakar Banerjee's Stories.

Not just this, Karan Johar is also the one who will be producing and going the anthology way which will star Shefali Shah, Manav Kaul, Nusrat Bharucha, Fatima Sana Shaikh, and Jaideep Ahlawat. And the last one is by Dibakar Banerjee titled Freedom. FYI, reportedly, the tentative title of Johar's film is The Other which is already in the production phase. Netflix India Tweets Sacred Games 2 Dialogue Asking Users For Their 'Samasya' and Offers Funny Solutions.

Check Out The Official Announcement By Netflix Here:

AK vs AK directed by @VikramMotwane

An anthology of 4 films produced by @karanjohar and @Dharmatic_

Earlier producer Karan Johar had spoken about the film and said, “An anthology allows us to bring together diverse creative minds to showcase different facets of the same concept in a unique manner, and Netflix presents these beautifully. The Other is one such film that delves into the various complexities of human relationships. Each director will bring their unique vision to the table, amalgamating in a piece that many viewers across the world will definitely resonate with.”

Well, all we can say is that it's going to be four diverse films soon on Netflix. We wait for these ones with bated breath. Stay tuned to LatestLY for more updates on the same.