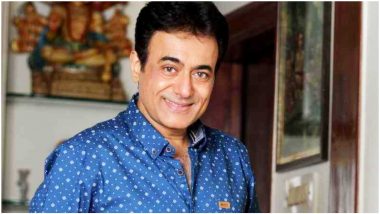 Actor Nitish Bharadwaj says his show "Vishnu Puran" brings out theories and principles that give a deep insight into ancient Indian knowledge pool. Based on an ancient collection of stories and scriptures, the 2000 show is set to return to the small screen. Nitish plays Lord Vishnu in the show, which aims to impart interesting life lessons. Surbhi Jyoti and Karan Singh Grover's Qubool Hai Replaced by Vishnu Puran on Zee TV and Fans Can't Qubool It.

"'Vishnu Puran' as a show brings out theories and principles that give a deep insight into ancient Indian knowledge pool. Prior to taking up this show, I had read the manuscripts of Vishnu Puran and immediately recollected the Theory of Evolution put forth in the 19th century by the naturalist, Charles Darwin. While his theories might have been true and perceived the first of its form in the West, from the perspective of India's age-old heritage and culture, I personally believe that Maharshi Ved Vyas was the first anthropologist author to address and establish human evolution via the Vishnu Puran manuscript," said Nitish. Nitish Bharadwaj's Vishnu Puran To Re-Air on Zee TV; Here's The Telecast Schedule (Watch Video).

"While Darwinism deals with its anthropological aspects, Vyas not only deals with this aspect through matsya avatar till Krishna avatar, but also deals with social evolution of human society, making his text a more rounded one. I believe that bringing back this show that unveils several dimensions of Hindu knowledge pool, it will impart moral values and life lessons that would enrich and enlighten today's generation, in dealing with their own battles of post-corona new world order," he added.

"Vishnu Puran" will air on Zee TV, starting May 25. Along with "Vishnu Puran", the channel is also bringing the heartwarming adventures of the mischievous 'Makhan Chor' with "Paramavatar Shri Krishna".

(The above story first appeared on LatestLY on May 25, 2020 11:46 PM IST. For more news and updates on politics, world, sports, entertainment and lifestyle, log on to our website latestly.com).