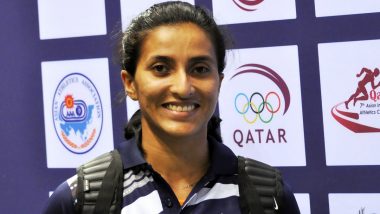 Josephine last week quit as chairperson of the Commission following widespread protests against her remarks to a woman, who had complained about the domestic violence she was facing.  Nirmala Sitharaman Rolls Out Loan Guarantee Scheme for Tourist Guides, Travel Agencies

Speaking to the media at Thrissur, Johnny, who holds the current Indian National record for triple jump, said her best friend was raped and later threatened by her rapist -- an influential person from Thrissur.

"The incident occurred in 2016 and two years later my friend got married. With the help of her husband, she registered a complaint before the local police in March this year," said Johnny, who continues to represent India in international athletic meets.

"Initially, the police were cooperative and even the Superintendent of Police, Poonkuzheli was helpful. The police said there is enough evidence for the case. But then nothing happened. We think that Josephine had intervened in the case.

"Now the police says that they cannot go forward as there is not much evidence. The police did not even take the CCTV visuals as part of the evidence collection. Now we know that if the accused has money and political clout, no case will be registered," said Johnny.

The former KWC chairperson Josephine was not reachable to get her comments on the allegations of the athlete.

(The above story first appeared on LatestLY on Jun 28, 2021 05:01 PM IST. For more news and updates on politics, world, sports, entertainment and lifestyle, log on to our website latestly.com).