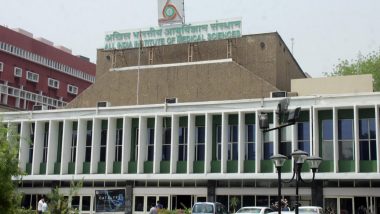 New Delhi, August 7: The condition of a 12-year-old minor girl, who was raped in Delhi's Paschim Vihar area, continues to be critical, sources told news agency ANI on Friday. The rape survivor has been shifted to neurosurgery Intensive Care Unit (ICU) at AIIMS. The girl was sexually and physically assaulted on Tuesday when she was alone in the house. Her parents - daily wagers - were not at home when the incident happened.

"She is on a ventilator and her platelet count is low. She may undergo neurosurgery after platelet count improves," sourced told ANI. She sustained multiple injuries on the body including the skull and stomach. The Delhi Police on Thursday arrested 33-year-old Krishna in connection with the crime. "During interrogation, Krishna corroborated the sequence of events which led to the assault on the child," Shalini Singh, Joint CP Western Range, said.

"Krishna has four criminal cases against him including that of murder, attempt to murder, and burglary. Further investigation is on," she added. Delhi Commission for Women (DCW) chief Swati Maliwal, who along with Chief Minister Arvind Kejriwal met the victim's family at AIIMS on Thursday, said she has bite marks all over her body apart from serious injuries on her stomach and many fractures.

CM Kejriwal has announced assistance of Rs 10 lakh for the 12-year-old girl. According to police, the girl, found critically injured and bleeding profusely, was first taken to the Sanjay Gandhi Hospital and doctors there referred her to AIIMS. Police said that there were injury marks of a sharp weapon on back of her head and body. An FIR has been registered against unknown accused under relevant sections of the IPC and the POCSO Act.

(The above story first appeared on LatestLY on Aug 07, 2020 04:24 PM IST. For more news and updates on politics, world, sports, entertainment and lifestyle, log on to our website latestly.com).