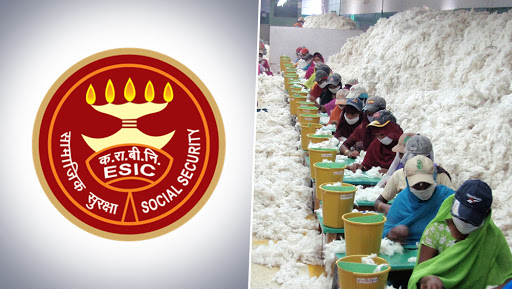 New Delhi, June 13: In a remarkable decision on Thursday, the Union government reduced the total rate of contribution towards the Employees’ State Insurance scheme from 6.5 per cent to 4 per cent. This is for the first time that such a decision has been taken in the last two decades.

According to a report, published in the Business Standard, the latest move is expected to benefit around 1.3 million employers, who will see a 40 per cent reduction in the rate of the contribution they make for their employees. The report was previously published as per provisions of the Employees’ State Insurance Act 1948. Nirmala Sitharaman-Led Ministry of Corporate Affairs, SEBI Sign MoU on Data Surveillance to Curb White Collar Corporate Frauds

With this latest changes, 3.25 per cent will be the employer’s share and 0.75 percent the employee’s share would go towards ESI. The move will be effective from July 1, 2019, and expected to benefit about 36 million (3.6 crores) employees and 1.28 million (12.8 lakh) employers, says government official.

Briefing more about it, a government official said, as the daily quotes, "The reduced rate of contribution will bring about a substantial relief to workers and it will facilitate further enrolment of workers under the ESI scheme and bring more and more workforce into the formal sector." PM Narendra Modi's Second Term Will 'Bring Big-Bang Economic Reforms', Says Niti Aayog Official

Due to the latest move, the extra annual burden of Rs 8,000 crore-Rs 9,000 crore for over 1 million employers would be reduced. During the financial year 2018-2019, the ESIC received Rs 22,279 crore from employers towards the ESI scheme. Notably, the ESIC Act provides for medical, cash, maternity, disability and dependent benefits to employees whose salary is up to Rs 21,000 per month.