NuWave Is Shaping the Music Industry With Their Unique Approach

These exhibits are on display all over the world in Australia, London, and even Japan! While Rocha and Resnick and their firm remain relatively young, their results speak for themselves and their continuing to strengthen their reputation as a disruptive digital media agency in the music industry. 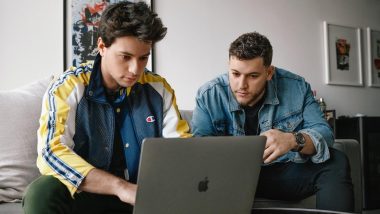 While many characterize the social media app as just a wasteland of trendy dances and idoitic challenges, with nearly a billion active users Tik Tok has become a platform for influencers, activists, comedians, chefs, and more. With almost three times as many total users as active, the app garners the most impressions for Gen Z and Millennial demographics. While some might contest the talent required to produce the ten-to-thirty second videos, thousands of influencers and creators have launched their careers of just one viral tik tok. An interesting trend has come from the music industry on tik tok, with many now mainstream artists finding their start and initial fans on the platform such as Doja Cat. Also, the tik tok dance challenges for specific songs have launched them from popular songs to top-billboard hits.

Digital media agencies are starting to utilize social media outlets for their clients, but NuWave Media has been on the forefront of digital trends since their inception. Always pushing the envelope with branding and entertainment, they were the first agency to utilize TikTok to generate newsworthy results for their clients in the music industry. Paving the way, Rafeal Rocha and Harry Resnick disrupted the industry with their innovative agency and focused on not just delivering results but doing so with a work culture that celebrates visionary creativity and holistic media development. Their unique solutions and problem solving have already solidified their reputation and created a vast network of celebrity musicians and athletes, major and indie labels, and established corporations.

They’ve been responsible for the astronomical rise of superstars like Travis Scott, Future, and even Cardi B by utilizing their holistic and innovative solutions across digital media to gain impressions, increase traction, strengthen personal branding, and develop mutually beneficial and long-term collaborations. Their successful track record has put them on the map and led to productive relationships with partners like Atlantic Records, Epic Records, Republic Records, Alamo Records, and established businesses. The firm also assists start-ups in creating their brands with personalized campaigns replete with graphic design, social media utilization, and more.

Resnick and Rocha also have experience with major collaborations between not just corporations and industries, but even global markets. In 2019, NuWave partnered with British-based Plug Records for the most ambitious cross-over the industry had seen in decades. The firm handled all the complicated logistics, legal clearances, royalties and rights, and even the promotional branding campaign behind Plug Talk which skyrocketed up the billboards and garnered praise from music critics. Featuring Offset, Roddy Rich, and Tory Lanez, this cross-Atlantic collaboration solidified itself as number one on both the UK and US Hip-Hop/Rap Charts. Complex crowned it “One of the best albums in 2019” and other music critics cemented it’s value with rave reviews.

Beyond massive collaborations, NuWave has also been successful with tailored, innovative branding campaigns for individual artists and companies. They were the masterminds behind the immensely popular “Global Mural Project” for the alte XXXTentacion, securing accomplished artists on different continents to produce murals of the rapper. These exhibits are on display all over the world in Australia, London, and even Japan! While Rocha and Resnick and their firm remain relatively young, their results speak for themselves and their continuing to strengthen their reputation as a disruptive digital media agency in the music industry.