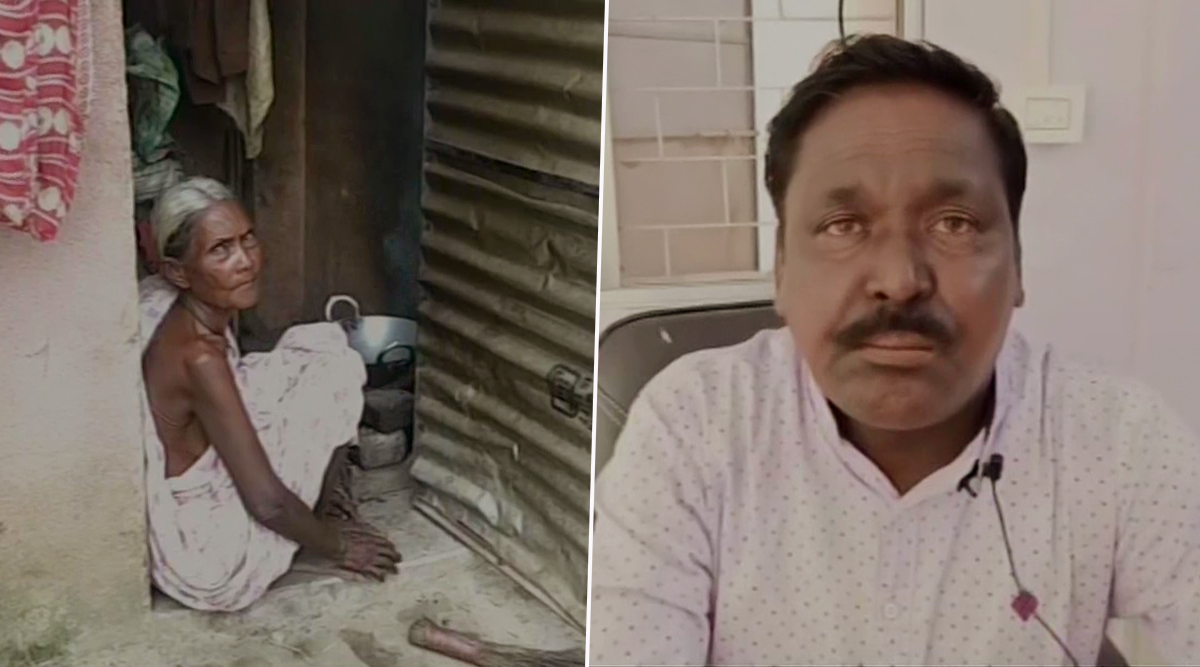 Bhubaneswar, December 10: A tribal woman in Odisha was forced to take shelter in a toilet for three years as she was unable to afford a house.  According to a tweet by ANI, the 72-year-old woman, identified as Draupadi Behera, is a widow who lives in  a village in Mayurbhanj district of Odisha. However, despite living in such horrible condition, the Sarpanch of the village said he had no power to build a house for her. "I have no power to build a house for her. If a house comes through any of the schemes, we will provide it to her", Budhuram Puty, the Sarpanch said.

Another similar incident was reported from Odisha in July, where a widow and her four children were found living in a toilet made under Swachh Bharat Mission. The woman lived in a toilet in Ranki village under Keonjhar block. According to a report by Odisha Post, after the death of her husband, she with her four minor daughters has taken shelter inside a toilet. Odisha Man Lives in Toilet With Wife and Two Daughters.

Odisha: A 72-year-old widowed tribal woman, Draupadi Behera has been living in a toilet for the last 3 years in Mayurbhanj. Budhuram Puty, Sarpanch says, "I have no power to build a house for her. If a house comes through any of the schemes, we will provide it to her". (9.12.19) pic.twitter.com/CzJq988SQn

Earlier in March, a similar incident was reported from Odisha where a tribal woman was found living in a toilet with her three kids. The incident was reported from Chudakuta in Baradapal panchayat in Keonjhar district of the state. According to reports, the woman had taken shelter in a toilet after she was ostracised by the villagers for some reason following the death of her husband. Seeing her tragic condition, the locals demanded immediate administrative help to the tribal widow and her children.