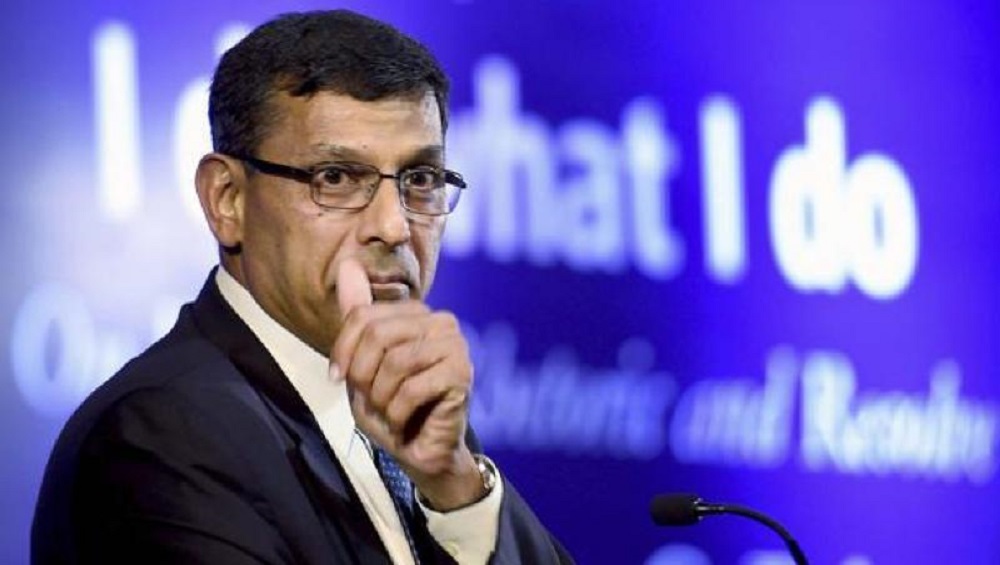 New Delhi, January 10: Backing Deepika Padukone, former RBI Governor Raghuram Rajan said the actress’ silent protest against JNU violence as also Election Commissioner Ashok Lavasa doing his duty impartially despite harassment to his family, showed that for some people, truth, freedom and justice are not just lofty words, but ideals worth sacrificing for. In a blog on Linkedin, Rajan said the news of a gang of masked assailants breaking into one of India’s leading universities, Jawaharlal Nehru University, and then going on a rampage for hours, attacking students and faculty, entirely undisturbed by the police, is “worrisome”. Smriti Irani Jabs Deepika Padukone For JNU Visit, Says 'Can't Deny Her Freedom to Stand With People Saying Bharat Tere Tukde Honge'.

Without naming Padukone, who has won both bouquets and brickbats for her silent protest by meeting victims of the attack on JNU, he said despite putting attendance at her latest movie, ‘Chhapaak’ at risk, the actress “inspires us all to take stock of what is truly at stake.”

Rajan said it is elevating to see “young people of diverse faiths march together, Hindus and Muslims arm-in-arm behind our national flag, rejecting artificial divides stoked by political leaders for their own gain.” “They show that the spirit of our constitution still burns brightly,” he said.

Without naming Lavasa - the sole member of the Election Commission who refused to give a clean chit to Prime Minister Narendra Modi and Home Minister Amit Shah in the matter of electoral process violations - he said: “When an Election Commissioner carries out his duties impartially despite the harassment it brings upon his family, he asserts that integrity has not been completely cowed.” Soon after the BJP won a second term, investigations were initiated against five members of Lavasa’s family. Deepika Padukone's JNU Visit Row: Prakash Javadekar Supports Bollywood Actor, Says 'This is Democratic Country, Anyone, Any Artist Can Go Anywhere'.

Rajan went on to praise bureaucrats resigning and some media working tirelessly to get the truth out. “When officers of the administrative service resign their dream jobs because they do not believe they can serve in good faith, they are living testimony that the sacrifices made by the generations that got us freedom still inspire emulation,” he wrote.

“When some members of the media work tirelessly to get the truth out even as their colleagues succumb to government pressure, they demonstrate what it means to be a dutiful citizen of the Republic.” And when a Bollywood actress “registers her silent protest by meeting with the victims of the attack on JNU, even though she puts attendance at her latest movie at risk, she inspires us all to take stock of what is truly at stake,” he said.

Rajan said one has to be truly cynical to not be moved by these actions. “These people show through their actions that they think truth, freedom, and justice are not merely lofty words, but ideals worth sacrificing for. It is they who are fighting today for India that Mahatma Gandhi gave his life for. It is they, who never marched to win freedom, but today march to preserve it, who give us hope that Rabindranath Tagore’s dream …“into that heaven of freedom, My Father, let my country awake” … will continue to be a reality,” he wrote.

The former governor said makers of Indian constitution had come through the horrors of a fratricidal partition and sought to create a more united future by drafting “a document that attempts to draw out the best in us in a spirit of common purpose and pride.” “What better resolution for the new decade than to re-dedicate ourselves to ensuring that this spirit burns strongly in each one of us?” he said.

“In these troublesome times, let us work together to make India that shining example of tolerance and respect that our founders envisioned, a beacon once more for a weary world. Let that be our task for the new decade.” Rajan said while the identities of the JNU attackers remain unclear, many of those attacked were activists, and neither the government-appointed administration nor the police intervened.

“When even elite universities become literal battlegrounds, accusations that the government is attempting to suppress dissent - even if by apathy rather than design - gain substantial credibility,” he said, adding it was easy to blame leadership but in a democracy the public also bears responsibility.

“After all, it was the citizenry that put our leaders into office and acquiesced in their divisive manifesto, which they have taken as their marching orders,” he said adding democracy is not merely a right but also a responsibility -- a burden to be the keepers of the Republic, not merely on election day but every day.