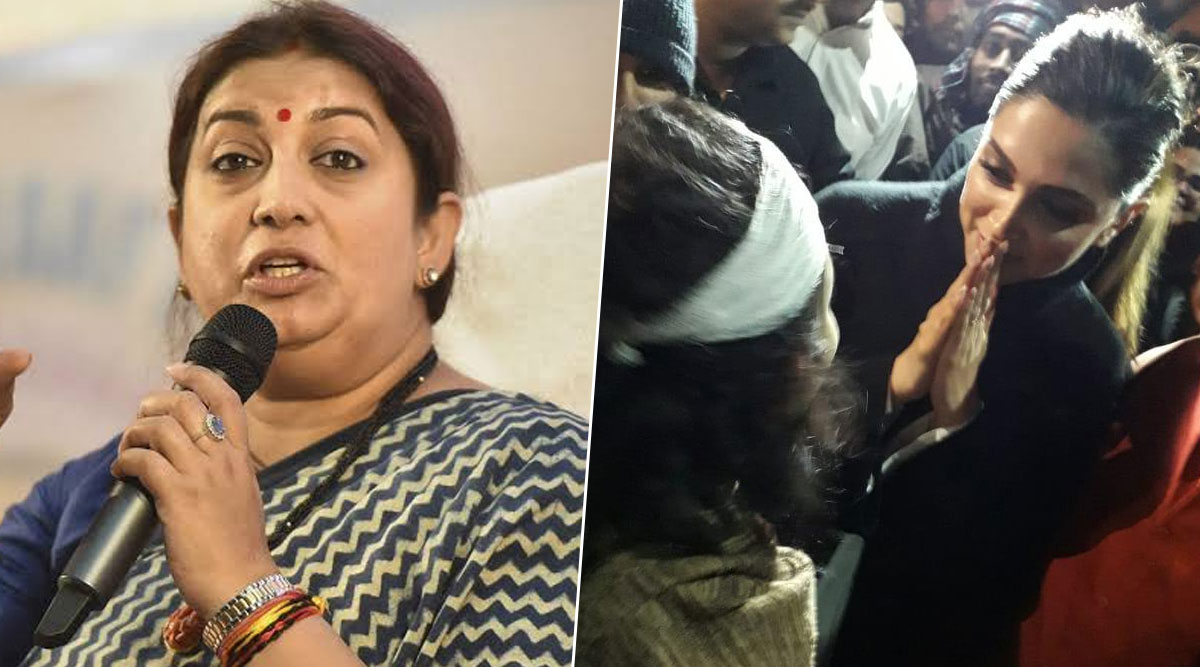 Speaking at the ThinkEdu Conclave organised by The New Indian Express, Irani stated, “I Think anybody who had read the news, knew where they were going to stand. They knew they are going to stand with the people who wanted the destruction of India.” The union minister said, “Padukone had made her political affiliation known in 2011 that she supports the Congress.” JNU Violence Row: Foreign Minister S Jaishankar Says 'There Was No Tukde-Tukde Gang' in The Institute During His Education Years (Watch Video).

The Bollywood actor’s JNU visit sparked a political controversy. BJP Delhi unit spokesperson Tajinder Bagga asked people to boycott Padukone’s movies. Bagga shared a picture of Deepika Padukone standing alongside injured JNUSU President Aishe Ghosh and former JNU student Kanhaiya Kumar and wrote along with it, "RT if you will Boycott Movies of @deepikapadukone for her Support to #TukdeTukdeGang and Afzal Gang."

However, Union Minister Prakash Javadekar came in support of the Bollywood actor. He that India is a democratic country and everybody has the right to go anywhere. The union minister also added, “Why only artistes, any common man can go anywhere to express his opinion, there cannot be any objection.”

Padukone visited the JNU to express solidarity with the students who were recently attacked on the university campus on January 5. She shared the stage with JNUSU president Aishe Ghosh. Former student leader Kanhaiya Kumar was also present there.