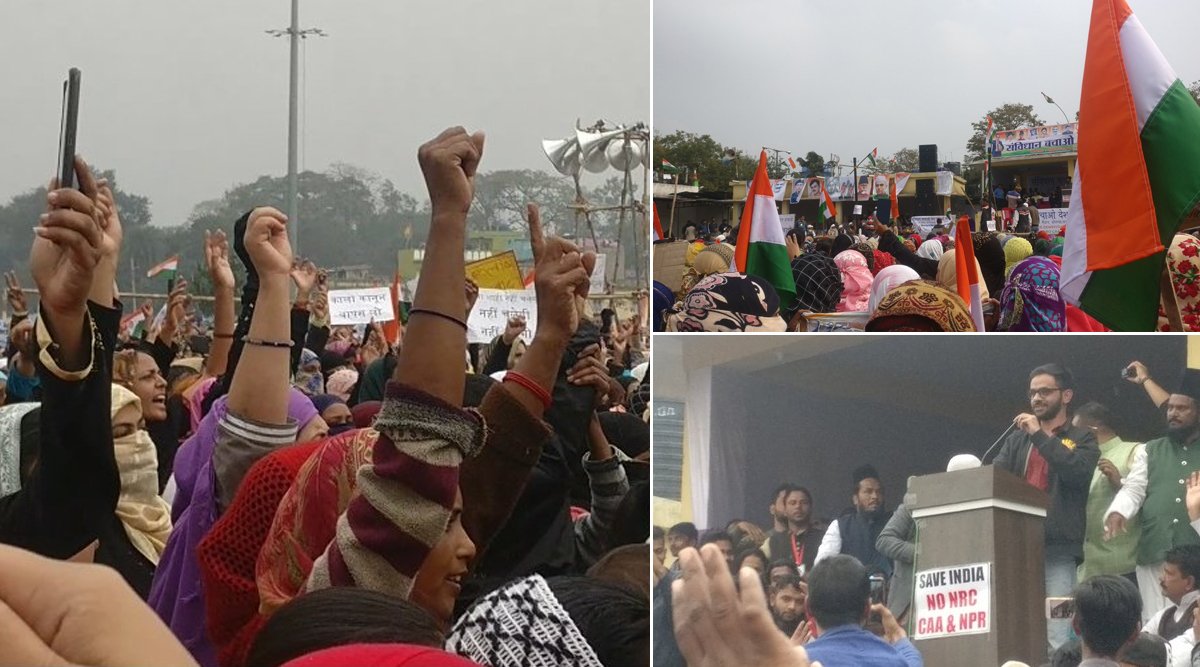 According to a report published in Hindustan Times, temporary camps have been erected and arrangements to cook food have also been made for the women. To beat the cold bonfire has also been arranged. Women from all religions are participating in the protest against the CAA-NRC after finishing their daily chores.

One of the participants, Shakina, told the media house, “Women from all religions have come together to protest against the CAA, NRC and NPR. I don’t think CAA is against any religion, but it will put poor and women in trouble in days to come. So, it is our kind request to the Modi government to repeal the new law.” Protesters also claimed that the Ranchi administration granted them permission for the protest. Shaheen Bagh Protesters Help Ambulance to Pass as Cops Stand and Watch, Shows Video.

In Lucknow also, women continued to protest at Ghanta Ghar area of the city against the CAA-NRC. The Uttar Pradesh police registered three FIRs against the protesters in connection with the ongoing protest.

The protest at Shaheen Bagh, which started on December 15, 2019 days after the passage of the contentious act, is spearheaded by women.  The sit-in by the protesters has been continuing over a month now. On Sunday, a complaint was filed against protesters for creating blockade in Shaheen Bagh. The complaint was filed against the protesters days after the Delhi High Court asked police to look into the matter of the closure of Delhi's Kalindi Kunj-Shaheen Bagh in the larger public interest.