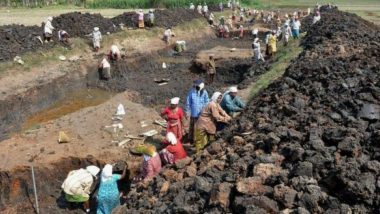 According to the report, the unemployment rate among Muslims rose from 6.8 percent to 7.3 percent in the financial year 2018-19. Similarly, joblessness in the Sikh community went up to 7.2 percent during the same period. As reported by India Today, the unemployment rate among people belonging to Scheduled Caste rose from 6.3 percent to 6.4 percent, while the same for people of Scheduled Tribe surged to 4.5 percent from the earlier 4.3 percent. Moody's Downgrades India's Rating to Baa3 Amid COVID-19 Pandemic, Keeps Outlook 'Negative'.

Details of Survey Conducted by The Indian Government:

The data from the Ministry of Statistics and Programme Implementation (MoSPI) also showed a worrying trend. The unemployment rate, according to the data, surged to 20.7 percent for educated youth in the age bracket of 15-29 years in urban areas of the country. The rate of unemployment among literates improved from 2.7 percent to 2.4 percent. The same among citizens identified as illiterate fell from 1.1 percent to 1.2 percent.

(The above story first appeared on LatestLY on Jun 04, 2020 11:29 PM IST. For more news and updates on politics, world, sports, entertainment and lifestyle, log on to our website latestly.com).