BJP LS Candidate Guman Singh Damor Praises Jinnah, Says ‘Had He Been PM, Partition Would Not Have Happened’ 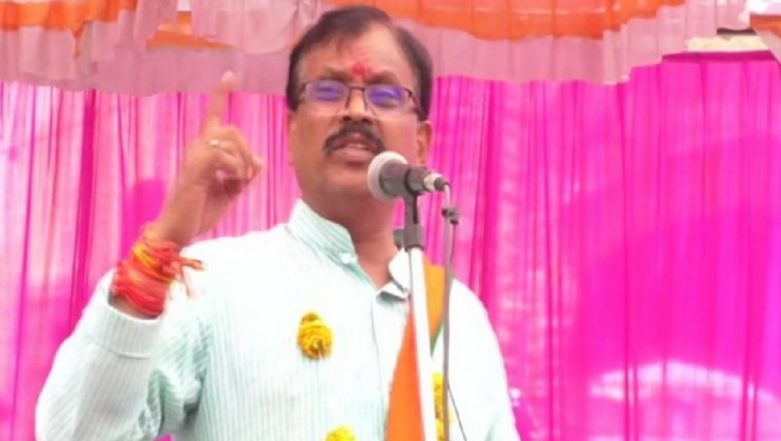 Jhabua, May 11: BJP's Lok Sabha candidate Guman Singh Damor on Saturday stoked controversy, stating if Pandit Jawaharlal Nehru had not insisted to be the first Prime Minister of India and let Mohammad Ali Jinnah occupy the top post, the partition would not have happened.

"If at the time of India's independence, Jawaharlal Nehru had not been obstinate about being the PM, then the country's partition would not have taken place. Mohammad Ali Jinnah was an advocate and a learned person," said Damor while speaking at an election meeting. Shatrughan Sinha Clarifies on Muhammad Ali Jinnah Comment, Says 'Slip of Tongue'.

"If Jinnah would have been made the PM, then the country wouldn't have been divided. The sole responsibility of the partition rests with the Congress," he said. Damor's statement comes at a time when the narrative of the BJP is hinged on national security and anti-Pakistan line, and is likely to ruffle up a political storm in the country, which is undergoing the General Elections.By now, five phases of Lok Sabha elections are over.

The sixth phase of polling is taking place on May 12, while the last phase on May 19. The counting of votes will take place on May 23.